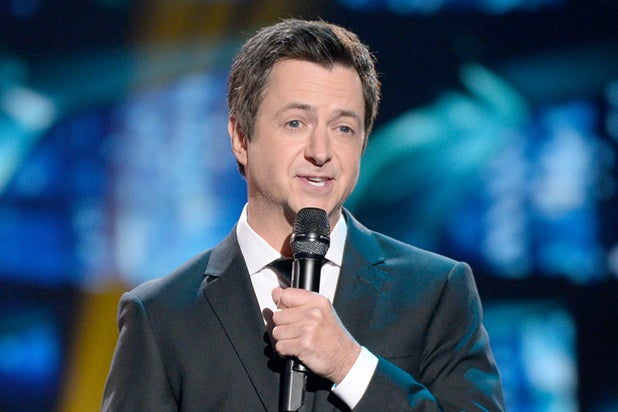 Former “American Idol” host Brian Dunkleman has been accused of abuse by his estranged wife in a recent filing by Kalea’s lawyers petitioning for a legal separation.

According to the filing obtained by People, Kalea Dunkleman accuses TV personality of emotional and physical abuse in the documents, calling him a danger to their three-year-old son, Jackson. Following the couple’s separation, Dunkleman moved to New York and obtained an emergency order that granted him sole custody.

“He has picked me up by the shoulders and thrown me into a couch while Jackson watched,” the filing reads. “He has screamed at me, fist raised within an inch of my face, saying that he hates me; he has grabbed my arm, whipped me around and thrown me against a wall causing large bruises to my leg.”

“Brian has locked me out of our house while Jackson looked at me through our back door, screaming for me, and done nothing,” Kalea continues. “He has refused to let me go into the house and use the restroom, forcing me to urinate in the ivy in our backyard, smirking while I did so.”

She also says that he has previously accused her of being  “abusive, an unrepentant alcoholic, a danger to both Brian and Jackson and in some sort of improper relationship with a drug dealer,” claims which she denies.

Though she has been diagnosed as an alcoholic, Kalea maintains that she has received treatment and poses no danger to her son. “Alcoholism is an insidious, cunning, powerful disease, but it has never overtaken the relationship between me and Jackson,” the papers read. “We are two peas in a pod.”

In the documents, Kalea calls for a joint custody agreement, with May 20 set as the deadline for a response.