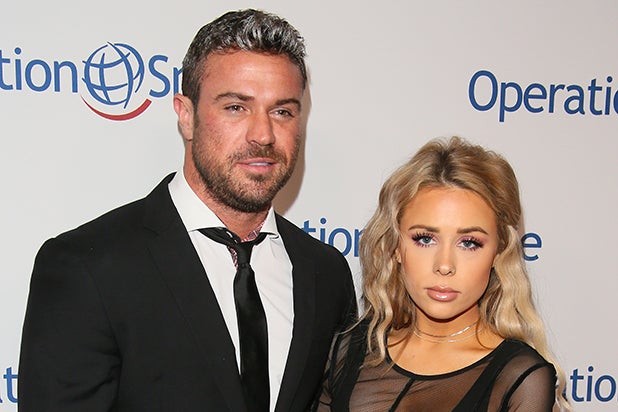 According to E! News, Johnson was arrested Monday afternoon following a series of arguments with his girlfriend, Annalise Mishler. A representative for Mishler told E! that a neighbor called the police after a man was seen “pounding on a door and screaming profanities.”

Johnson was served with a temporary restraining order upon his arrest.

Mishler had previously posted a video on Instagram in which she said Johnson had gotten drunk over the weekend and punched a hole in the wall of her apartment. “This is the reality of my life,” the person in the video said.

Johnson appeared on-camera for an interview discussing the incident with TooFab on Monday, just hours before his arrest. In the interview, he attributed the behavior to a drinking problem and expressed anger with the “Bachelor” franchise.

“They put me on a show four years ago, blow me up out of nowhere, and then f–kin throw me in the trash can?” he said.