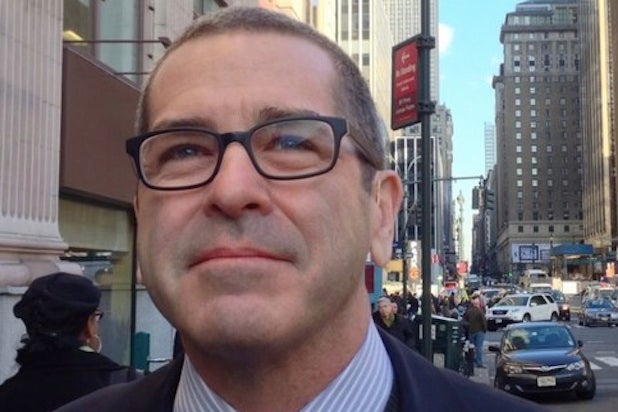 PBS science correspondent Miles O’Brien had his left arm amputated above the elbow following a freak accident involving heavy cases of TV equipment earlier this month, the former CNN correspondent revealed Tuesday in a blog post — and he’s happy enough to have survived that he’s keeping a sense of humor about it.

“I had finished my last shoot after a long reporting trip to Japan and the Philippines and was stacking the Pelican cases brimming with TV gear onto my cart,” O’Brien wrote, referencing the Monty Python skit “Just a Flesh Wound.” “As I tried to bungee-cord them into some semblance of security for movement, one of the cases toppled onto my left forearm. Ouch! It hurt, but I wasn’t all ‘911’ about it.”

But along the way, O’Brien contracted acute compartment syndrome, a life-threatening condition in which insufficient blood flow to one of the body’s compartments — an arm or leg, for instance — causes increased pressure and additional injury.

“It was painful and swollen but I figured it would be okay without any medical intervention,” O’Brien added. “Maybe a little bit of denial?”

He said the doctor recommended an emergency surgery to relieve the pressure.

“It was getting real,” he wrote. “Of course I wasn’t awake for the action but I was told later that things tanked even further once I was on the table. And when I lost blood pressure during the surgery due to the complications of compartment syndrome, the doctor made a real-time call and amputated my arm just above the elbow. He later told me it all boiled down to a choice … between a life and a limb.”

Despite the accident, O’Brien said he was happy to be alive.

“Please don’t worry about me. I’m sure I can cope just fine. If I need your help, I promise I will ask Life is all about playing the hand that is dealt you. Actually, I would love somebody to deal me another hand right about now — in more ways than one.”

O’Brien left CNN in late 2008 after the network had dismantled its science, space, environment and technology unit in Atlanta. He currently works as a reporter for “PBS NewsHour” and also is a science correspondent for “Frontline.”