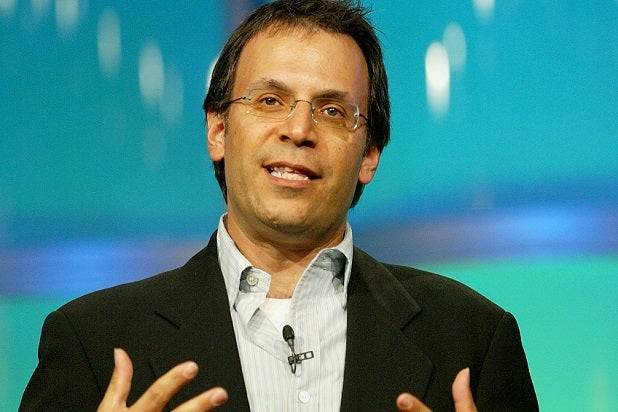 In a complaint filed Monday, Neuman, who had been sued by Egan for alleged sexual abuse, accuses Egan and Herman of hatching “a despicable scheme to enrich themselves by inventing and then litigating totally false claims which they would then use to extort settlement payments.”

The complaint goes on to allege that Egan and Herman “expected that rather than fight these vicious and provably false clams, Mr. Neuman would simply choose to pay defendants a sum of money to settle the claims and end the litigation.” Neuman says that the pair planned to target other gay men in the entertainment industry to “intimidate and extort fraudulent settlements” from them “by threatening to ruin their lives forever” with false accusations of sexual abuse.

Neuman is being represented in Patricia Glaser and John Dwyer in the matter.

In a lawsuit last year, Egan accused Neuman of sexually abusing and exploiting him during two trips two Hawaii in 1999, claims that Neuman has vehemently denied.

Neuman’s complaint also notes a 2003 declaration signed by Egan which states, in part, “David Neuman has always acted appropriately toward me” and “I have never had any physical contact with David Neuman other than what is normal and appropriate between non-sexual acquaintances, e.g., handshakes, etc.”

As a result of Egan’s lawsuit, the complaint said, Neuman was forced to spend “a significant amount of time and money” defending himself, and “suffered significant harm to his personal reputation and business standing in the community as well as severe mental and emotional distress.” Neuman is seeking an amount to be determined at trial in excess of $1 million.

Egan made headlines last year when he sued Neuman, “X-Men” director Bryan Singer, former NBC executive Garth Ancier and Gary Goddard, accusing them of sexually abusing him when he was a teen. However, Egan’s case unraveled, and his case against Neuman was dismissed in June 2014. Ancier sued Egan, Gallagher and Herman last August for malicious prosecution.

In December, Egan’s legal woes took another turn, when he was indicted on securities and wire fraud charges. According to the FBI, Egan “engaged in a fraudulent investment scheme by inducing his victims to enter into various fictitious business and investment contracts” from August 2007 to February 2012.

TheWrap has reached out to Herman Law Firm for comment on the lawsuit.