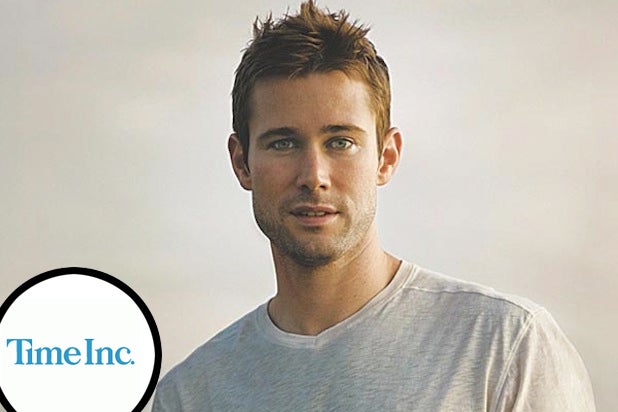 Time Inc. CEO Joe Ripp announced the hire in a memo to staff, which described both the newly created senior executive position as well as Bean’s responsibilities.

“In this position, he will develop new editorial products and content verticals that leverage emerging audiences and technology,” Ripp wrote. “He will also serve as the lead editorial voice for the Time Inc. Native Studio and collaborate with Technology & Product Engineering (T&PE) to make sure our edit teams have state-of-the-art platforms and tools.”

According to the memo, Bean will now report directly to Mark Ford, Time Inc.’s Executive Vice President of Global Advertising.

As TheWrap previously reported, Bean held EW’s top post for less than a year before the publication announced veteran staffer Henry Goldblatt would take over as Editor-in-Chief.

Reports indicated Bean had clashed with his predecessor at EW, Jess Cagle. When Cagle left that post to become the top editor at People, he was also made editorial director of EW, thus still managing Bean. This hierarchy apparently didn’t work as reports suggest the two clashed over editorial. During the same time period, Bean’s deputy, Kristen Baldwin, bolted for Yahoo.

Also Read: Matt Bean Out as EW Editor After a Year

Ripp’s memo went on to indicate that Will Lee has been named Digital Editorial Director of People.com and EW.com, after previously serving as editor of People.com. He will report to Cagle.

Prior to working at EW, Bean ran Sports Illustrated’s website.

Today, we are announcing that Matt Bean is being promoted to the newly-created role of SVP, Editorial Innovation. In this position, he will develop new editorial products and content verticals that leverage emerging audiences and technology. He will also serve as the lead editorial voice for the Time Inc. Native Studio and collaborate with Technology & Product Engineering (T&PE) to make sure our edit teams have state-of-the-art platforms and tools. Over the past three years, Matt has distinguished himself in both print and digital roles as the Editor of Entertainment Weekly and EW.com and as Editor ofSI.COM. He will report directly to Mark Ford, EVP of Global Advertising, with a dotted line to Chief Content Officer, Norman Pearlstine.

Henry Goldblatt is being promoted to Editor of Entertainment Weekly, reporting to Jess Cagle, Editorial Director of PEOPLE and EW. Henry, who’s currently a Deputy Editor at PEOPLE, is a 20-year veteran of Time Inc., where he started as a reporter at FORTUNE. In 2002 he moved to EW, was instrumental in integrating the brand’s print and digital editorial operations, oversaw the launch of the EW channel on Sirius XM in 2013 and worked with ad sales to bring business and editorial priorities into alignment. He also created and wrote EW’s most popular weekly feature, The Bullseye. Henry’s creativity, sharp business sense, editorial vision and deep knowledge of pop culture make him the ideal leader for EW as we grow and evolve the brand.

Will Lee, currently Editor of PEOPLE.COM, has been named Digital Editorial Director of PEOPLE.COM and EW.COM, also reporting to Jess. He joined Time Inc. last year from The Hollywood Reporter, where he was Vice President, Digital Content and Programming. Before that, Will helped guide content strategy as well as audience and editorial operations for Deadline, Hollywood Life, TV Line, and other websites in the PMC portfolio. He previously served as New York Bureau Chief at TMZ. Will’s sharp editorial instincts and smart, strategic approach to growth will be key factors in expanding the digital and social footprint of these two vital brands.

While PEOPLE and EW will continue to be two very distinct titles with unique content and audiences, I believe that they will thrive by sharing more resources and working closely together; we will be able to stabilize, leverage, grow and invest in both brands much more quickly. I will work closely with Jess and his team as we explore exciting new ventures and revenue streams.

Please join me in congratulating Matt, Henry and Will on their new roles.