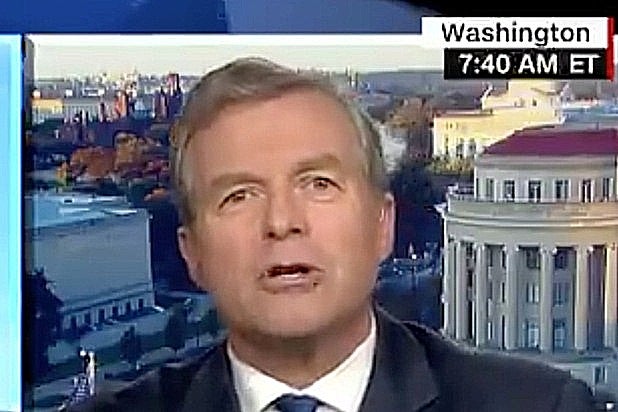 Sean Duffy and Charlie Dent are both former Republican congressmen, but on Wednesday’s “New Day,” the two men showed CNN’s audience that’s where their similarities end. Dent condemned presidential brown-nosing, but used particularly warlike terms to do it.

“People ask me, ‘Why do I push back against this administration and the president?'” Dent said during a heated discussion of whether new testimony from former Ukrainian ambassador Bill Taylor proves President Trump was seeking a quid pro quo. “Because my nose is not a heat-seeking missile for the president’s backside.”

He continued, “This is wrong. You cannot use official resources of the government to investigate your political opponent, even without the quid pro quo. I was the chairman of the Ethics Committee; if a member of Congress had done anything like this, they would have been investigated. They would have been referred to the Department of Justice. End of story.”

Tuesday, Taylor testified he was told American military aid to Ukraine was dependent on the country publicly announcing an investigation into the family of former vice president and the 2016 election. Trump is currently facing an impeachment inquiry over a phone call he had with the Ukrainian president.

Duffy said Taylor’s comments were “leaked out,” but anchor John Berman pointed out they actually came from the diplomat’s opening statement. Duffy then maintained that there could be no quid pro quo if the Ukrainians didn’t know Trump was “taking something away from them.”

“Donald Trump doesn’t have that because the Ukrainians never knew anything was being taken away,” he said.

“The Ukrainians clearly understood the pressure they were under,” Dent responded before making the “heat-seeking missile” comment, which has already gone viral on Twitter.

“People ask me why I push back against this administration and the president. Because my nose is not a heat-seeking missile for the president’s backside. People have to stand up and say… this is wrong.” – Fmr GOP Congressman Charlie Dent on @NewDay pic.twitter.com/SmhOZriC2u