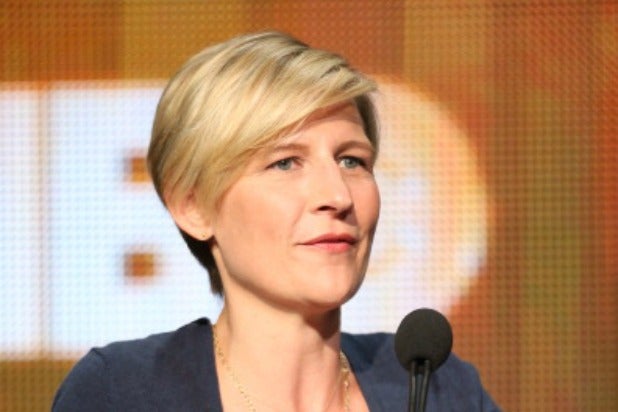 Projects which are currently in development at Naegle Ink will transition to Annapurna, including a series in development for Epix, written by Angela Robinson and Alex Kondrake, about the intersecting lives of Hollywood icons and rivals Greta Garbo and Marlene Dietrich.

“We are thrilled to further expand our television business and continue our commitment to all forms of storytelling,” Annapurna Founder Megan Ellison said in a statement. “I could not be more excited to have the opportunity to work with and learn from Sue Naegle. She has such a passion and understanding of this medium, and has truly approached it from every angle.”

“As I’ve gotten to know Sue, not only is she brilliant with an astonishing expertise both creatively and for the business, but also, she’s an incredible person to invite into this close-knit group of individuals over here at Annapurna,” Ellison continued. “Her track record speaks for itself and her values could not be more aligned with our goals as a company.”

Naegle previously served as president of HBO Entertainment for five years before stepping down in 2013.

“I am so excited to join Annapurna and help spearhead the exciting future of Annapurna Television. Annapurna is a company that has been unwavering in their commitment to building distinctive and bold programming in a time of unprecedented production.” said Naegle. “Whether I’ve been an agent, network president or producer, defending and nurturing innovative, compelling narratives and aesthetic excellence has been my mission and privilege. I’m so thrilled to find partners like Megan and her incredible team that share the same core philosophy, and I hope that this alliance will yield indelible television shows that reflect and challenge our culture.”