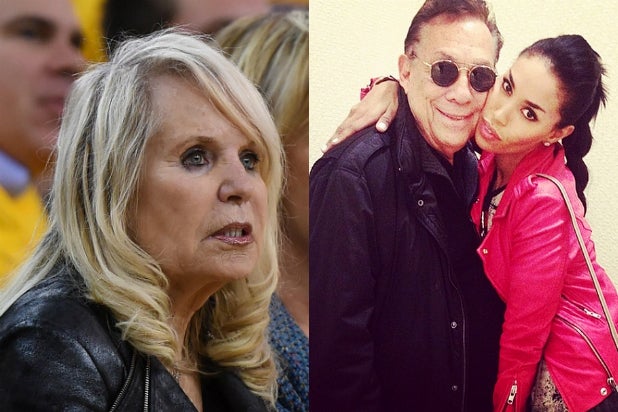 V. Stiviano, the woman at the center of the scandal that brought down former L.A. Clippers owner Donald Sterling, has to turn over nearly $3 million in cash and gifts to Sterling’s estranged wife.

A judge in Los Angeles Superior Court ruled on Tuesday in favor of Shelly Sterling, who filed suit in March 2014 claiming that Stiviano manipulated her husband into supporting the model financially and showering her with lavish gifts — including $500,000 worth of luxury cars, $800,000 in cash and a $1.8 million Beverly Hills duplex.

Shelly Sterling asserted in her complaint that Donald had no right to give Stiviano the money, as it was drawn from funds shared between the Sterlings. Judge Richard Fruin Jr. rejected arguments from Stiviano that because the gifts were given while the Sterlings were separated, Shelly had no standing to demand repayment from anyone other than Donald.

“Shelly is thrilled with the decision,” attorney Pierce O’Donnell told the Associated Press.

Naturally, Stiviano’s attorney was far from thrilled and told the Los Angeles Times they will appeal. “We are very disappointed,” Mac Nehoray said. “Judges are supposed to interpret the law, not make them.”

Donald Sterling fell into disgrace last year after Stiviano recorded him admonishing her for bringing black people to Clippers games. The damning tapes led to a lifetime ban from the NBA and forced Sterling to sell the team.

The August sale of the L.A. Clippers franchise to former Microsoft CEO Steve Ballmer netted the Sterlings a record $2 billion.