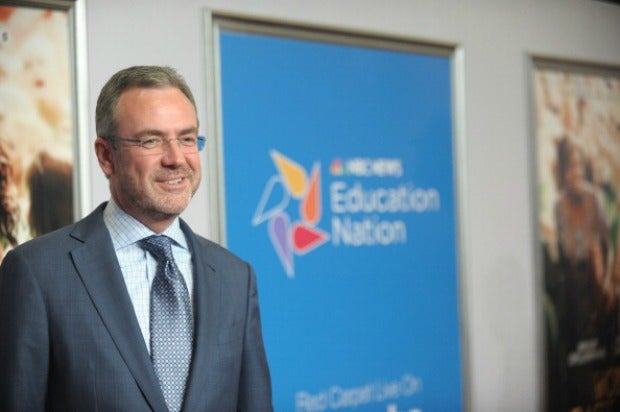 Capus is presently an executive in residence at IESE Business School,  a role that he will continue to perform. He was president of NBC News for eight years and executive producer of “NBC Nightly News” for four years.

At CBS, Capus will manage the nightly newscast and serve as a strategist for the CBS News management team. He will report directly to CBS News President David Rhodes.

“The ‘Evening News’ is an excellent broadcast, and we believe under Steve’s leadership it will get even better,” said CBS News Chairman and ’60 Minutes’ executive producer Jeff Fager.  “He is a real pro with an extraordinary record, and we are fortunate to have him joining us at CBS News.”

“Steve will make the ‘Evening News’ more competitive than ever and will make our management team stronger than ever,” said Rhodes.

“I am thrilled to be joining CBS News and to have the opportunity to collaborate with some of our profession’s most talented journalists,” Capus said. “At the heart of CBS News is a group of inspiring, enterprising people led by the outstanding team of David Rhodes and Jeff Fager. Simply put, it is an honor to be asked to assist Scott and the CBS News team in its daily pursuits and to help forge a plan for its long-term, strategic growth.”

“Everyone at the ‘Evening News’ is excited about the opportunity to work with Steve,” said Pelley. “The breadth of his experience is unmatched. His principles, values and leadership make him an ideal fit.”

During his time at NBC, Pelley had oversight of MSNBC, NBCNews.com digital and mobile properties, and NBC News radio.  He was responsible for broadcast, digital, cable production and distribution, as well as talent, newsgathering and international partnerships.

He expanded the network by designing specialty websites directed toward black and Latino audiences, and helped negotiate to buy out Microsoft’s stake in NBC News’ online news ventures. He also created and established the NBC News Education Nation and NBC News Learn properties.