Former National Rifle Association president David Keene and author and gun rights advocate John Lott were both duped into giving graduation speeches to a field of more than 3,000 empty chairs in a stunt that was organized by anti-gun violence group Change the Ref.

Keene and Lott were invited to speak at the graduation of a fictional high school called James Madison Academy to film addresses for the fake Las Vegas high school’s 2021 class of graduates. Buzzfeed News reported that after filming their speeches, the two men were informed that the graduation had been “cancelled,” but weren’t told that the entire event was a sham.

“Ironically, had the men conducted a proper background check on the school, they would have seen that the school is fake,” a Change the Ref spokesperson told Buzzfeed. 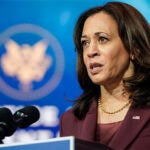 Change the Ref put out 3,044 chairs on the lawn to symbolize the estimated count of students who should be graduating high school this year but instead lost their lives to gun violence.

The organization that gave Keene and Lott the runaround was created after Manuel and Patricia Oliver lost their son Joaquin “Guac” Oliver in the February 2018 mass shooting at Marjory Stoneman Douglas High School in Parkland, Florida, that left 17 dead and 17 wounded.

Manuel Oliver told Buzzfeed that the stunt was designed to show people how the NRA and other gun advocacy groups operate. “These two guys are part of the problem,” Manuel told BuzzFeed News. “We need to call them out, we need to show everyone — this is how they process the logic behind the gun industry.” 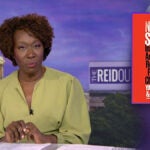 The event took place June 4 but videos of Keene and Lott’s graduation speeches were posted online Wednesday. Both men were pretty upset at the stunt afterwards, and Keene told Buzzfeed reporters he genuinely didn’t see it coming. “You’re telling me the whole thing was a setup? No, I didn’t know that,” he said.

Lott also told Buzzfeed: “Unfortunately, the fact they lied to me many times is kind of illustrated by the way they edited and chopped up the video that’s there. Is that the way we want to have political debate in the country? Where people lie and creatively edit what people say?”

Keene doesn’t lead the NRA anymore; he served from 2011-2013 and the organization is now led by conservative activist Carolyn D. Meadows. After stepping down from his post at the NRA, Keene continues to advocate for more gun ownership and less firearm regulation across the U.S. 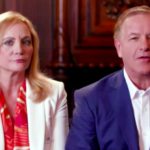 Lott is also a fierce gun rights activist and his book “More Guns, Less Crime” advocates for the idea that if more people had firearms, the victims who are being assaulted or killed by guns could defend themselves if they too were armed.

This claim has long been touted by gun rights advocates as being a reason to deregulate the firearms industry and make guns more accessible to people. But it isn’t a good-faith argument based in fact. As the Scientific American found in a recent study, the opposite is true. More guns leads to more violence (including sexual violence) and, all too often, more accidental deaths from firearms.

The way Change the Ref’s videos are edited makes it clear that the event was a publicity stunt to raise awareness for the lives lost to gun violence, but that’s evidently something Keene and Lott didn’t pick up on until much later. Change the Ref said it created the event to honor a so-called “Lost Class” of high school students that should be graduating this year but are unable to after losing their lives to public shootings.

According to The New York Times, there have been at least 232 mass shootings in the U.S. as of May 26.

Keene didn’t hold back from advocating his position on gun rights, and was clearly unaware — or pretending to be undisturbed– by the obvious lack of students in the audience. In his address, he urged the (nonexistent) students to stand up for their Second Amendment rights.

“I’d be willing to bet that many of you will be among those who stand up and prevent those from proceeding. An overwhelming majority of you will go on to college, while others may decide their dream dictates a different route to success,” Keene said. “My advice to you is simple enough: follow your dream and make it a reality.”

Check out Keene’s speech at the top of the page, and more videos from the event and statements from the Change the Ref organizers below.