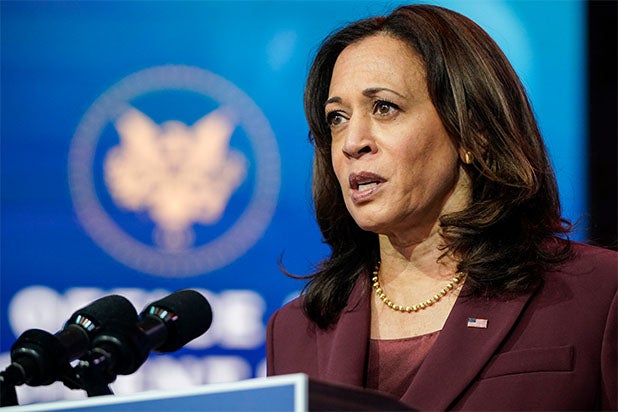 Vice President Kamala Harris said Wednesday that “it is time for Congress to act” on gun control, but that action doesn’t mean Democrats want to “come after” Americans’ guns.

“It is time for Congress to act and stop with the false choices,” she said on “CBS This Morning,” reacting to two recent high-profile mass shootings. “This is not about getting rid of the Second Amendment. It’s simply about saying, ‘We need reasonable gun safety laws.’ There is no reason why we have assault weapons on the streets of a civil society. They are weapons of war. They are designed to kill a lot of people quickly.”

She went on, “We need universal background checks. You know, various states have done it, but there’s no universal approach to this and so what ends up happening [is] people can move from one state to another depending on what the law is. We need to have a federal standard. That is going to be accomplished by the way we have structured our democracy, when the United States Congress acts. The House has acted. Now it’s in the hands of the Senate and the President is prepared to sign it.”

Still, she was clear that the Democratic vision of gun control doesn’t align with what right-wing media alleges: “Stop pushing the false choice that this means everybody’s trying to come after your guns. That is not what we’re talking about,” she said.

Last week, a gunman killed eight people and injured another in a shooting spree at Atlanta-area spas. The majority of the victims were Asian-American women and Harris spoke out in support of the Asian community following the attack. Monday night, 10 people were killed in a shooting at a Boulder, Colo., supermarket, which prompted further calls for gun control and political action.

Watch Harris’ call to action below, via CBS News.