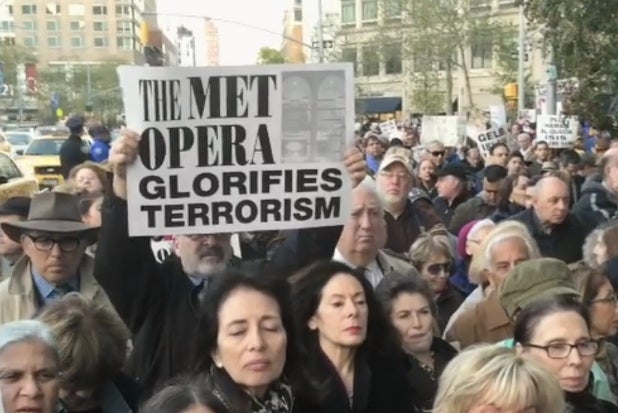 The show must go on, even if the city’s former mayor is protesting outside.

That’s what happened Monday in New York, as former Mayor Rudy Giuliani and about 400 protestors camped outside Lincoln Center to protest the opening of “The Death of Klinghoffer.”

The docu-opera depicts a Jewish man taken hostage on a cruise ship by Palestinian terrorists in 1985 and ultimately thrown overboard. Protestors outside–many in wheelchairs to portray wheelchair-bound Klinghoffer–shouted “terror is not art” and “shame.”

There were also interruptions inside the theatre when a man reportedly shouted: “The murder of Klinghoffer will never be forgiven.” He was escorted out. The show ultimately went on without a major hitch.