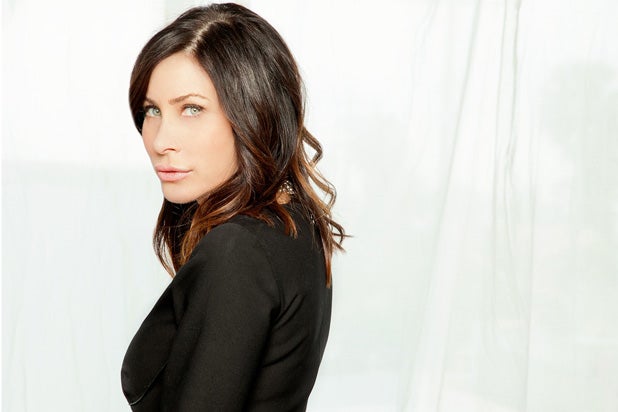 The last time much of Hollywood heard from Sydney Holland, she was in the midst of an acrimonious split from nonagenarian media mogul and chairman emeritus of CBS and Viacom Sumner Redstone. But Holland would rather be known for something more impactful — producing films that raise awareness of real problems affecting people much less fortunate.

Through her Rich Hippie Productions, Holland recently served as an executive producer on the documentary “The Seventh Fire,” which follows a grizzled Native American gangster, Rob Brown, and his young protégé, Kevin, as they navigate a minefield of addiction and crime on Minnesota’s White Earth Reservation. The film is currently available on iTunes and Amazon, and is playing select showings in theaters.

Her involvement with the film puts Holland in distinguished company — Oscar winner Natalie Portman is also an executive producer, and legendary director Terrence Malick is the movie’s presenter.

Holland was introduced to the movie’s director, Jack Pettibone Riccobono, through a relationship Rich Hippie had with CAA agent Jon Levin. And with her interest in the subject matter — the Sydney D. Holland Foundation focuses on drug and alcohol addiction — it was a natural fit.

When she saw a clip of “The Seventh Fire” at a time its filmmakers were looking to raise funds for post-production, it certainly fit the bill.

Also Read: Why Viacom Killing the Paramount Sale Is A Big Mistake

“We watched a sample and I was immediately struck by the footage,” she said.

Holland acknowledged that she had no idea just how bad the drug problem had become in Native communities, and pointed out with horror that the film’s rough but patently likable protagonist, Brown, had been in 39 foster families. Riccobono said Holland’s devotion to the project and the issues it covered was legit.

“She’s very passionate in particular about helping people with addiction issues,” he told TheWrap. “I think that has to do with her personal history and her passion for helping people who struggle in this way. It’s been great getting a chance to work with her.”

Riccobono said Brown introduced himself early on a visit to the reservation, and his charisma and force of personality really made the movie work.

“I think this is something that isn’t talked about that much when it comes to documentaries but there’s a real casting process that goes into it,” he said. “Someone real open who speaks well, and is at a real moment in their life when it comes to stuff that’s changing and a story to tell. We had several other subjects over the course of production who didn’t make it into the final cut.”

Holland certainly has plenty of stories to tell — but she’s mainly interested in ones that actually make a difference.

“I’d love to do something on autism,” Holland said. “It’s such a widely rampant thing.”

Her life now involves a lot of time spent reading to her daughter, which the admitted bookworm enjoys. She also sees book-to-movie adaptations in Rich Hippie’s future.

From “King: A Filmed Record” to “Freedom Riders,” eight documentaries that tell the story of the U.S. civil rights movement through film

"Eyes on the Prize" (1987)
PBS' 14-hour documentary "Eyes on the Prize" originally aired in 1987. The series, narrated by Student Nonviolent Coordinating Committee founding member Julian Bond tells the story of the U.S. Civil Rights movement from 1954-65.