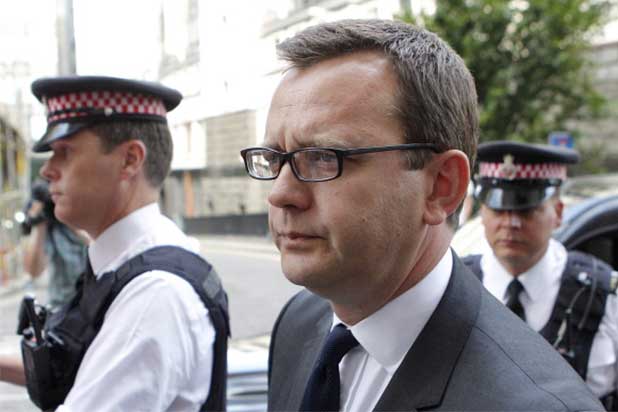 Former News of the World editor Andy Coulson faces multiple counts of perjury for lying about his knowledge of hacking in a 2010 trial. These new charges come just weeks after he was sentenced to 18 months in jail for his role in a phone-hacking conspiracy.

As the New York Times reported, the High Court in Glasgow accused him Wednesday of “making false claims while under oath as a witness” in the 2010 trial of Scottish lawmaker Tommy Sheridan, who was eventually found guilty of five counts of perjury himself and sentenced to three years in prison.

It all started when NOTW royal editor Clive Goodman and hacker Glenn Mulcaire were convicted of hacking phones in January of 2007. As editor, Coulson took responsibility for what he insisted was an isolated incident and resigned.

Scottish prosecutors say Coulson, who an adviser to Prime Minister David Cameron, gave a deposition for the Sheridan’s 2010 trial in which he lied about his knowledge of hacking culture, about the hacking happening at NOTW and about bribes to Scottish police.

As previously reported, Coulson is also set to be retried on bribery charges.

Coulson did not attend Wednesday’s preliminary hearing and has not yet entered a plea.