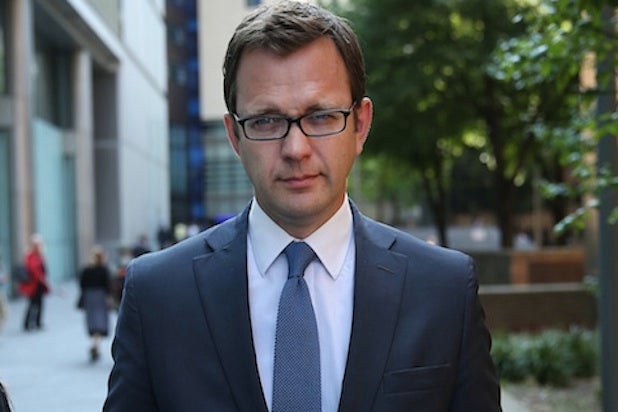 Former News of the World editor Andy Coulson and former royals editor Clive Goodman will be retried on bribery charges, it was announced Monday during a sentencing hearing.

Coulson was found guilty of one count of conspiring to hack phones last week. His former colleague Rebekah Brooks was cleared of all charges in the conspiracy probe.

Also read: Rebekah Brooks Was Hacked by Her Own Tabloid

British prosecutors accuse Coulson of illegally obtaining royal telephone directories from police officials so he could hack into the cell phones of royal aides for scoops.

The Rupert Murdoch-owned newspaper shuttered in 2011 after news of the phone hacking went public.