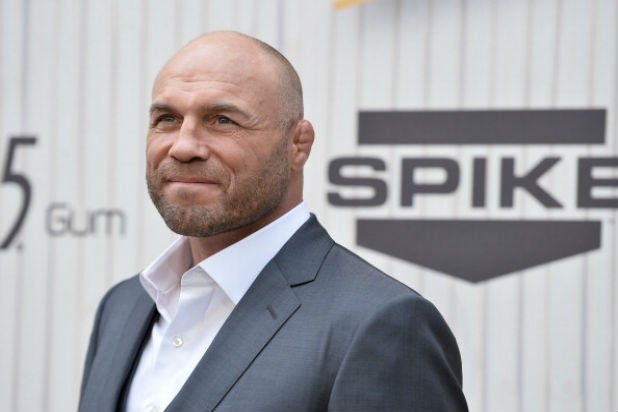 Former UFC champion Randy Couture lived up to his Captain America nickname when he helped save a Mexican family of six from a car wreck over the weekend.

A representative for the fighter turned actor confirms to TheWrap that Couture was in Mexico on Sunday to film the movie “Bruja.” On the way back to his hotel, he and his driver saw a minivan go off the road into the jungle.

“The vehicle was on its side, so everyone was climbing out the side door. One of the women seemed like she was in shock. She was really weak,” Couture told TMZ. “So I carried her out of the van and to the road. I wanted to get everyone away from the car because I was concerned it was going to catch fire. There were all these fluids leaking from the van.”

Couture said that it didn’t appear that anyone in the wreck sustained any serious injuries, mostly just cuts and scrapes.

Couture is one of the most celebrated fighters in UFC history. He is one of the only fighters to ever hold titles in two weight classes, having won the UFC heavyweight and light heavyweight championships multiple times each. He was inducted into the UFC Hall of Fame in 2006 and officially retired from fighting in 2011.

He has starred in a number of films, most notably “The Expendables” franchise opposite stars like Sylvester Stallone, Jason Statham and Jet Lee.