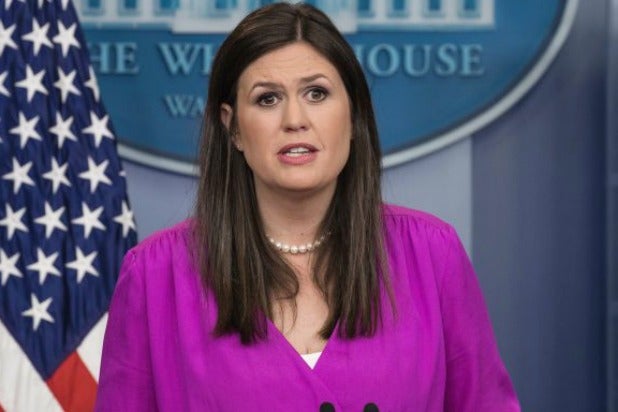 In a new profile for the New York Times, former White House press secretary Sarah Huckabee Sanders hinted at a run for Arkansas governor and lamented being “called a liar.”

The headline of the profile announces she’s planning “a political future.” By the third paragraph, that much is pretty clear:

“There are two types of people who run for office,” Ms. Sanders said over breakfast tacos at a diner in downtown Little Rock last week. “People that are called and people that just want to be a senator or governor. I feel like I’ve been called.”

The piece says she’s seen as “political royalty” in the state where her father served as governor from 1996 to 2007. She returned there less than half a year ago after leaving the press secretary position, which garnered her a lot of national scorn. She said she was threatened, as were her kids. Memorably, she was mocked at the 2018 White House Correspondents Dinner, prompting some administration officials to walk out.

Reflecting on it all to the Times, Huckabee Sanders said, “I don’t like being called a liar. The other stuff bothered me far less.”

She’s been busy doing more than planning “a political future,” too: Fox News announced in August that Huckabee Sanders had joined the network as a contributor. Since then, she’s been providing political commentary and analysis across Fox News’ platforms.