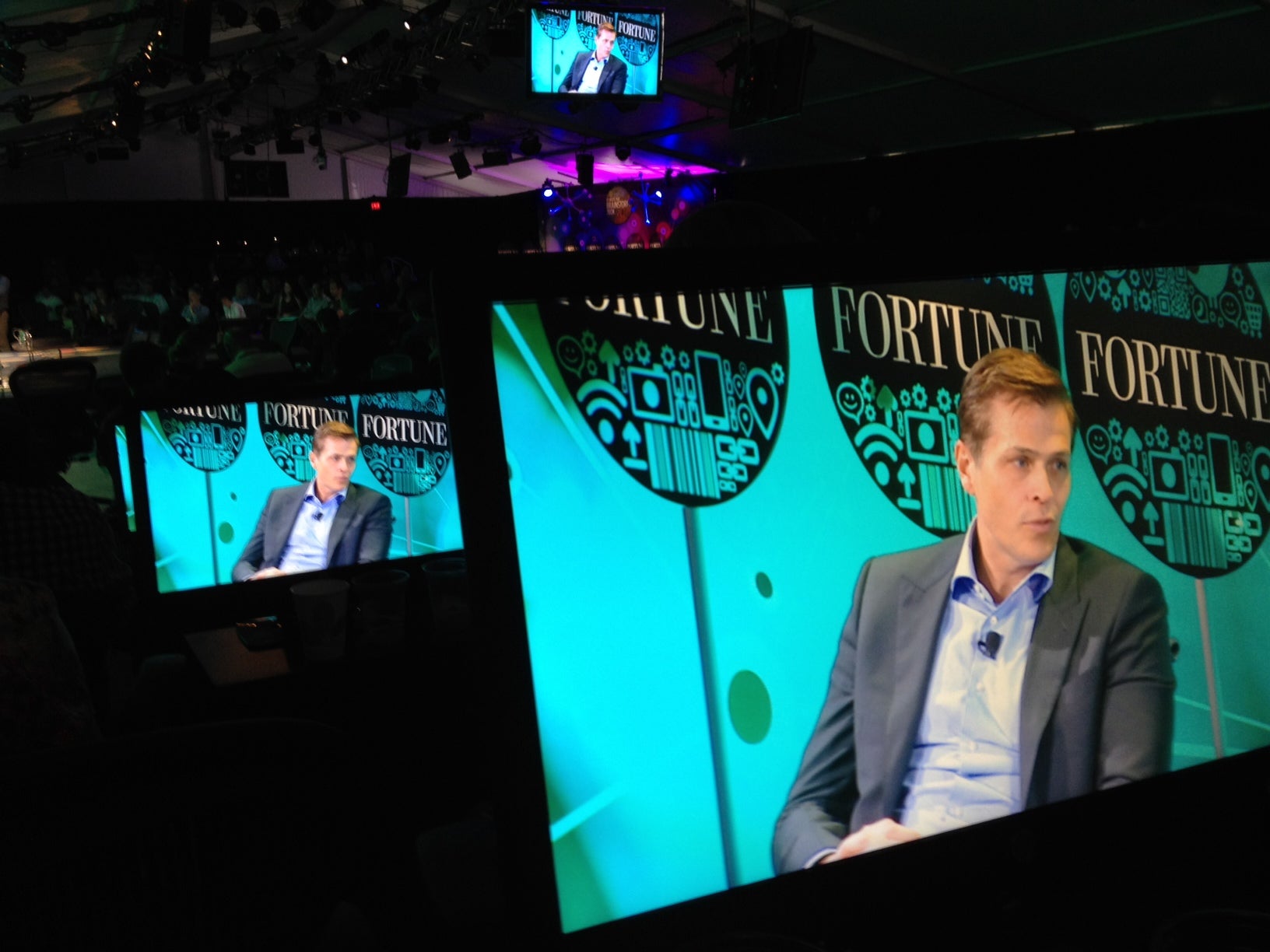 If you were worried that Ari Emanuel‘s recent antics have shaken his relationship with his WME co-CEO Patrick Whitesell, worry no more. Whitesell gave mad love to his unpredictable colleague on Monday, calling him a "phenomenal partner, super creative, unbelievably loyal, and not afraid of failure."

To which Andy Serwer, the managing editor of Fortune, responded skeptically, "He’s a little unusual."

Serwer interviewed Whitesell at the Fortune Brainstorm Tech conference that opened in Aspen on Monday about the direction of the agency, the equity investment by Silver Lake Partners and the future of Hollywood.

But his first remark went straight to understanding what it’s like working with someone who Serwer said would "probably be the first to describe himself as a lunatic."

He explained: "I’m on the receiving end of phone calls and emails. How do you put up with that day after day?"

Whitesell responded with a somewhat touching defense: "The thing about Ari is he does get a lot of press for his tenacity, may be outspoken, but he’s a phenomenal partner, super creative, unbelievably loyal, and not afraid of failure. There’s no one I trust more."

That’s super nice to hear, since ever since Ari recently papered Century City with anti-CAA posters and signage, which he followed with a series of wacky, lose-my-number emails to music supermanager Irving Azoff that were sent to a group of Hollywood bigwigs before being leaked to TheWrap, people have been wondering.

But enough gossip. What people still really want to know is what WME intends to do with the capital raised from Silver Lake Partners, which bought a 30 percent stake in the agency last year.

Whitesell had precious little detail about that. He confirmed only that WME has no plans to go public "any time soon."

Serwer asked Whitesell if he sees said studios embracing technology?.Whitesell said, "I don't think Hollywood will be the place that innovates great technology but if people underestimate how they monetize content, they're sorely mistaken."

He added: "I think media people know we’re good at making content, and how we can be smart about how to consume it. It’s always a balance. The current ecosystem pays well, is profitable. Yet we know the world is changing. How you bridge that is really the trick."