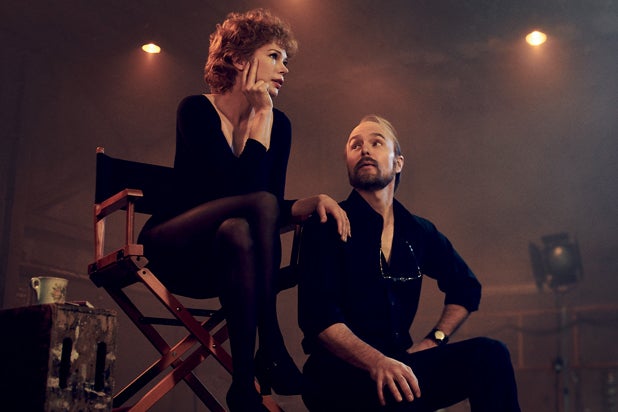 This story about “Fosse/Verdon” first appeared in the Down to the Wire issue of TheWrap’s Emmy magazine.

Sparked by remarkable performances by Sam Rockwell as dancer-choreographer-director Bob Fosse and Michelle Williams as dancer-choreographer Gwen Verdon, FX’s “Fosse/Verdon” danced its way to 17 Emmy nominations last month , the most for any limited series except “Chernobyl.” The eight-part series mixes their work (“Damn Yankees,” “Can-Can,” “Cabaret,” “All That Jazz”…) with a portrait of the stormy marriage and volatile professional and personal relationship between a driven man who transformed the world of dance on stage and on screen, and the woman who served as a vital collaborator despite often not getting her due.

The show comes at a pivotal moment in our culture, and one that casts its central figures in an often harsh light. Fosse was a difficult, demanding man who did not always treat the women around him well — and we live in a time in which a lot more attention is paid to the way powerful men treat or mistreat women.

“That was a big reason to do the story at this time,” said producer Joel Fields, who came on board in the aftermath of the final season of his drama “The Americans.” “In a way, it’s the entire ‘Why now?’

“We spent a lot of time talking about it as we constructed the script. And we talked to Bob and Gwen’s only child, Nicole Fosse, who was such a key. She not only opened up the book in terms of her parents’ history, but she was willing to be an open book herself in terms of sharing her personal story and their personal stories. She had a very deep and nuanced view of who her father was.”

It would have been easy, Fields said, for the miniseries “to construct a one-dimensional punching bag of a powerful male figure who abused his power. But Bob Fosse was much more complicated than that, and his relationship with Gwen was incredibly complicated. And they both had been victims of abuse themselves.

“Part of this story became the question of whether cycles in life can be broken — cycles of self-destruction and cycles of abuse. Interestingly, Bob as an artist was very clear that he did not believe that characters changed or that those cycles could be broken. And to me, one of the most inspiring things about this story is that Nicole was able to break out of that cycle.”

And that, Fields added, made “Fosse/Verdon” particularly timely. “At this moment in time, we’re asking this big societal question: How do we break out of our cycles and come to a better place? It’s not binary, it’s not simple, it’s not sudden and it takes work. But it can be beautiful if you can do it.”