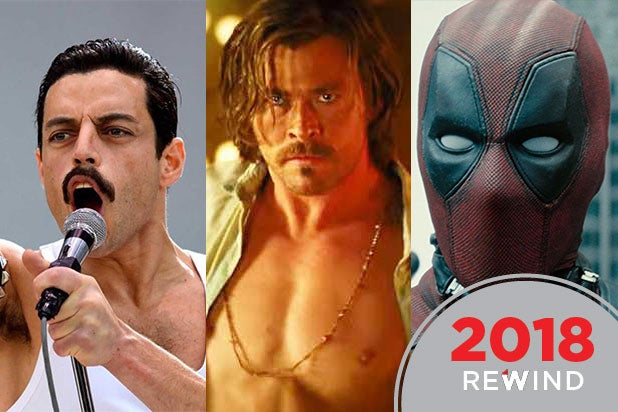 20th Century Fox has been in the news this past year not just for hits like “Deadpool 2” and “Bohemian Rhapsody,” but also because the storied studio is about to be absorbed by Disney as part of a $71.3 billion acquisition of Fox’s TV and film entertainment assets.

But apart from a few modest hits and indie division Fox Searchlight scoring four major awards contenders, 2018 wasn’t a stellar year for Fox’s film division. The studio fell to No. 5 in box office market share — 9.6 percent as of Monday — after holding the No. 3 or 4 slots for the past three years, according to BoxOfficeMojo.

“I wouldn’t categorize their performance as a disaster — I would call it middling,” Tuna Amobi, media analyst at CFRA Research, told TheWrap. “Some of that also had to do with the way the studio has been managed conservatively over the years — they have not traditionally taken as much risk as some of the other studios like Warner Bros. or Disney in terms of the budget and marketing support.”

Hugh Jackman’s P.T. Barnum musical “The Greatest Showman,” which was got off to a slow start when it was released in late December 2017, managed to have legs well into first quarter of 2018, ending with an impressive worldwide haul of $435 million.

However, Fox also saw some box office misses like Jennifer Lawrence’s thriller “Red Sparrow,” which grossed just $46.9 million on a $69 million budget, “The Darkest Minds,” a $34 million YA fantasy that made just $41 million and Chris Hemsworth’s “Bad Times at the El Royale,” a $32 million comedic thriller that managed only $31.5 million worldwide.

“They just didn’t have much that worked. They didn’t take a lot of swings either — without a lot of at-bats, it’s hard to hit home runs,” Creutz said. “With the Disney deal in the offing, I don’t know how focused they are on the movie business right now.”

All four have received serious recognition in the awards race so far, including five Golden Globes nominations for “The Favourite.” “Fox Searchlight has been really good — that division has had success in terms of critical acclaim,” Amobi said. “Not financially speaking, necessarily, but critically.”

Searchlight heads Stephen Gilula and Nancy Utley will remain after the merger, but Disney hasn’t given any clear guidance as to how the the banner will operate going forward.

“When Fox gets integrated into Disney, they are going to have [potentially] well over a third of domestic box office share,” Amobi said, adding that it remains to be seen how that will actually play out. “Could be a lot of ideas at the table.”

Fanboys and fangirls can rejoice that Fox-based Marvel properties such as the X-Men and Fantastic Four could finally join Disney’s Marvel Cinematic Universe, but others have noted Disney’s recent aversion to R-rated releases and how properties like Ryan Reynolds’ hard-R “Deadpool” franchise will fit into the new studio slate.