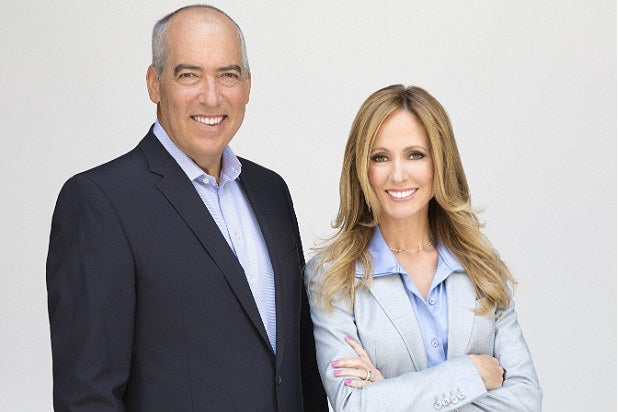 Fox Co-Chairmen and CEOs Gary Newman and Dana Walden believe that combining Fox 21 and Fox Television Studios will create a stronger, more competitive studio with more scale and the ability to share resources.

“More than anything, what we thought about was the value of having scale for any production company,” Newman told TheWrap soon after the news broke. “Both companies bring close to 10 series and pilots to the table — there’s a tremendous amount of strength in that in the cable world.”

On Thursday, Fox announced the merging of Fox 21 and Fox Television Studios into one unit, Fox 21 Television Studios, and its selection of Bert Salke as its president. Over the next three-to-six months, Twentieth Century Fox Television’s executive vice president of Brand Management and Digital Strategy, Mark Pearson, will be assisting Salke in the transition.

The merging of the two studios allows the ability to access talent and have leverage with a variety of networks — a result of having that scale — Newman said, elaborating on his and Walden’s primary motivation.

“Very much our goal was to take two prolific companies and create a combination that is even more prolific,” Newman said. “This was not about any kind of cutback, retrenchment or anything else. If anything, we’d like to see the … combination be greater than the sum of the parts.”

Of course, combining two companies into one isn’t easy, and M&As often bring on their own laundry list of tough decisions. One that Newman hopes to avoid is layoffs due to staffing overlap.

On the topic, Newman said: “There is nothing planned — we do think that this is going to lead to greater efficiency.”

“But really, the companies were structured quite differently,” he further explained. “Fox 21 was a little bit more of a production pod. Many of the resources they utilized for production, finance and publicity, for instance, were all serviced through the big studio, TCFTV. Where FTVS, because of its background and how much longer it existed, really was pretty independent and houses many of those departments.”

“That being said, I think any responsible company is constantly looking to ensure it’s structured appropriately and has the right number of executives,” Newman continued. “If we do find down the road some duplication, we’ll deal with it at the time.”

Still, there are no plans or reason to think about layoffs at the current time, Newman reiterated, stating that neither company is “particularly top-heavy” and that neither is staffed “all that big, when you think about the number of programs they produce.” Plus, he wants to grow the creative side, if anything.

That integrated creative group’s focus will be cable production and digital production, Newman said — but that doesn’t mean they can’t come up with a network show if a project is deemed more appropriate for that world.

The new Fox 21 Television Studios will start operating “very quickly,” Newman specified, but that they won’t be changing many responsibilities across current programming, not wanting to shake up who showrunners are used to dealing with.

In terms of development, however, “You’ll see pretty rapid integration of the units,” he told us.

Of the identity of the new shows that will be put out by Salke and his new company, Newman put it this way: “I think that when you’re at a studio or a production company, you have to be a bit of a chameleon. You have to be able to adapt to the brand of the networks you want to [work with]. The FX brand has been quite different than the USA brand … If there is any brand Bert is known for and is going to strive for, it’s really of a high quality brand.”

In also going forward, Newman, who took on his new role as a result of another recent Fox company combination — which brought together Fox Broadcasting Company and Twentieth Century Fox Television — told TheWrap that such corporate maneuvers will become pretty quiet as they focus on pilot season, something he and Walden still believe in more than predecessor Kevin Reilly did.

“I don’t think you’d ever hear either one of us say anything about killing pilot season, that never really resonated for us,” Newman said on the topic. “I think what does resonate — and Kevin was a big proponent of this — was we’re now in a 52-week period, with networks scheduling original programs throughout the summer. We’re very committed to making pilots when they’re ready, instead of being limited to this old structure … There’s just too much production in the industry.”

And now, with the formation of Fox 21 Television Studios, there will be even more of that production — or at least the same amount, but from a slightly different player.