In his expanded role, Schillace will begin overseeing marketing strategies for Fox’s AVOD platform, Tubi, while also managing projects from Bento Box, Fox Alternative Entertainment and Blockchain Creative Labs. The exec will remain a “consistent contributor” on other marketing projects across Fox Entertainment. 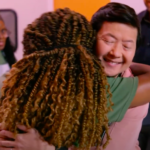 “Darren is a terrific marketer and a tireless, focused, creative partner. He and his team are frequent contributors to and, personally, genuine fans of popular culture; and it shows. Simply put, they thrive when they are elevating the work of our writers, partners and the entire senior management team,” Charlie Collier, CEO of Fox Entertainment, said. “As Fox and Tubi more closely align, Darren’s vision, creativity and focus will help better position both companies as leading platforms in the ad-supported arena and accelerate the growth of these and other Fox businesses.”