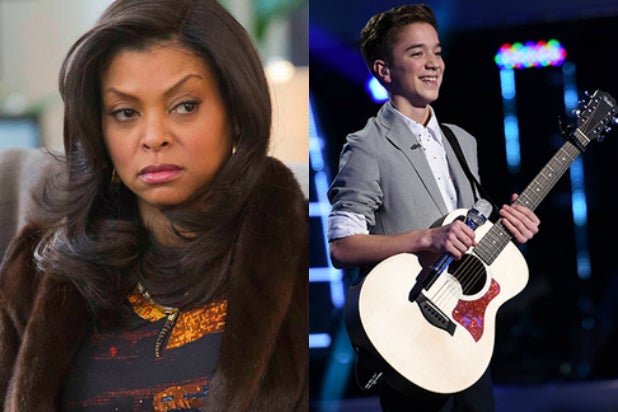 Fox’s “Empire” has dominated the ratings this broadcast season, but now the party’s over, and the network might be wishing they ordered a few more episodes come Thursday morning, when Nielsen numbers for the prior night trickle out.

On Wednesday, the week’s second-hour of “American Idol” will join the first one, taking over the hip-hop soap opera’s 9 p.m. timeslot. (“Bones” premieres on Thursday, grabbing 8 o’clock’s vacated 60 minutes from the singing competition.) As such, Fox’s second Wednesday primetime hour will surely drop per Nielsen numbers — and likely heavily.

That’s not a shot at “Idol” so much as it is a hat-tip to the phenomenon that is “Empire,” though the network will have to deal with the fallout. “Empire” averaged a whopping Live Same Day 5.1 rating in the advertiser-sought 18-49 demographic. “American Idol’s” Thursday hour has averaged a 2.3 per show season-to-date, half a ratings point less than the Wednesday “Idol’s” 2.8.

In all likelihood, the second Wednesday “Idol” hour will fall somewhere in between those two numbers midweek, possibly halving the typical “Empire” figure. In total audience, however, the drop-off won’t be as severe on a percentage basis: “Empire” averaged 13 million total viewers Live SD, whereas Wednesday’s “Idol” has averaged 10.7 million, and Thursday’s results shows have had 9.6 million apiece.

To be fair, any show on television would drop compared to “Empire” — unless you’re NBC’s “Sunday Night Football,” an admittedly faulty comparison, except to demonstrate the relative ratings size Fox’s newest franchise has enjoyed over the course of its 13 episodes.

That said, “Empire” did actually top some primetime broadcast NFL: The series bested CBS’s “Thursday Night Football” average, according to Nielsen’s “most current” ratings, which include Live 7 Day ratings where available.

The Terrence Howard-Taraji P. Henson drama rose to a 6.4 average by that count (or a 6.8 if one uses L 3 numbers for the finale) — besting TV’s second-highest demo-rated series, “The Big Bang Theory,” by a 0.8 per episode (or a “Mulaney,” which averaged that figure). And “Empire’s” gaudy mean will go up even further when the March 18 season finale numbers become incorporated on Tuesday’s Nielsen report.

Also Read: ‘Empire’ Star Jussie Smollett Describes Coming Out on ‘Ellen': ‘A Bigger Moment for Other People Than It Was for Me’ (Video)

Not only was “Empire” massive on an average basis, it ended up growing for 10 straight weeks in total viewers by the finale. Additionally, the Lee Daniels‘ series rose 79 percent in the demo from premiere to finale, the most in eight years.

So how does Fox replace the void that “Empire” built? The literal answer is “Idol,” but the actual one is “it doesn’t.” Still, Season 2 of the record-label drama, which will likely contain more than a baker’s dozen episodes, cannot come soon enough for the fourth-place broadcast net.