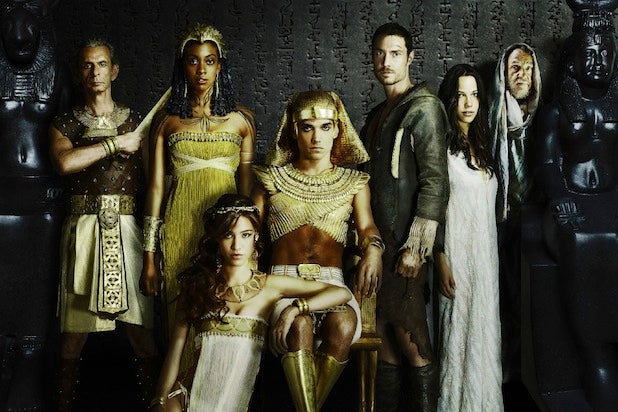 The broadcast network decided not to move forward on the series, a Fox representative told TheWrap. Individuals with knowledge of the decision told TheWrap that the network pulled the plug because the series wasn’t coming together as it had hoped.

Fox ordered “Hieroglyph” straight to series last October, a decision that would spread the costs and resources of the series across multiple episodes. And although this project didn’t work out, Fox will continue with the straight-to-series model.

For example, “Gotham,” “Backstrom,” “Weird Loners” and “Last Man on Earth,” which were all ordered straight to series, are continuing production.

“Hieroglyph” followed a notorious thief who was plucked from prison to serve the Pharoah, navigating palace intrigue, seductive concubines, criminal underbellies and even a few divine sorcerers.

Produced by Chernin Entertainment and Twentieth Century Fox Television, Peter Chernin and Katherine Pope, as well as Miguel Sapochnik, who was set to direct the premiere episode, served as executive producers.