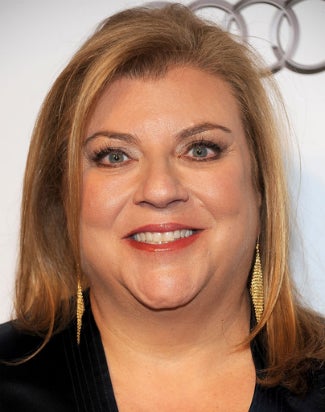 Former Fox Broadcasting President Gail Berman and Fox Networks Group (FNG) are teaming up on new production company, The Jackal Group. The co-venture will develop and produce scripted, unscripted and factual entertainment programming for various networks including Fox, FX and FXX, as well as the National Geographic Channels and Fox International Channels.

The partnership also will provide opportunities in digital and feature films as well as live theatrical entertainment.

Berman will have an equity stake in the independent venture and serve as chairman and chief executive officer. She will report to the board, on which she will serve as a director alongside FNG Chairman and CEO Peter Rice, and FNG President and COO Randy Freer.

Berman was named president of Paramount Pictures in March 2005. Before joining Paramount, Berman served from 2000 to 2005 as president of Entertainment for Fox Broadcasting Company. She helped develop and produce “American Idol,” “24,” “House,” “Arrested Development,” “Bones” and “Family Guy.”

Prior to Fox, Berman served as founding president of Regency Television, the TV studio created in 1998 as a co-venture between Fox Television Studios and New Regency Productions.

She is currently producing the six-episode event series “Dig” for USA Network through Tecumseh Productions.

“Over the last two decades, Gail has built an impeccable track record as one of the industry’s most dynamic and prolific production executives,” Rice said. “This new joint venture will provide FNG with yet another source for quality programming, supplementing our already established and proven studio pipeline backed by the industry’s most talented creative executives, and will better position us to meet the increasing demand for quality content. We look forward to benefiting from Gail’s creative vision and experience as she seeks out new opportunities for ‘Jackal’ on every possible platform.”

“I am delighted to be returning home to the Fox family and to be working with Peter and Randy,” Berman added. “Peter has given me a tremendous opportunity to do what I love best — create outstanding content across a variety of media platforms. I am thrilled and cannot wait to get started.”