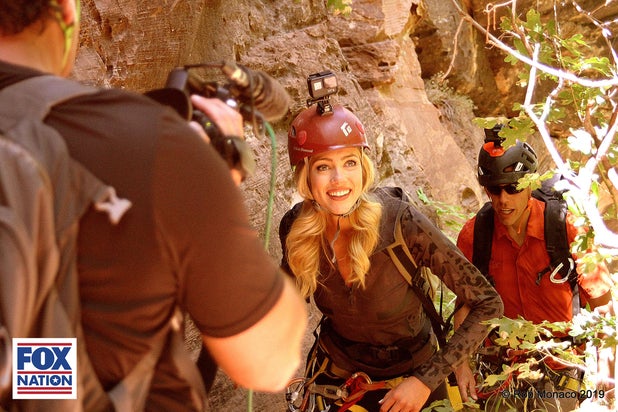 Fox News is so pleased with the first year of its subscription streaming service Fox Nation that the network is setting bigger goals for the platform to appeal to both hardcore fans of the cable giant as well as newbies.

The company has not released subscription or revenue figures, but Fox Nation head John Finley told TheWrap the service has surpassed internal projections for sign-ups and trumpeted its 80% trial-to-subscription rate — higher than the industry standard — and a low churn rate of people unsubscribing.

Moreover, the service has added thousands of hours of content from Fox News regulars like Bret Baier Kat Timpf, Tomi Lahren and Judge Andrew Napolitano as well as an increasing amount of programming that might seem to fall outside the network’s wheelhouse. That includes Brian Kilmeade’s history show “What Made America Great,” travel series like Abby Hornacek’s “PARK’D,” Ed Henry’s sports-themed “Front Row Seat” and Ainsley Earhardt’s “Bible Study.”

One example of such nontraditional programming: a new cooking/travel show starring Isaiah Washington, the former “Grey’s Anatomy” star who was ousted from the ABC medical drama in 2007 after using a gay slur in a confrontation with a castmate (he later apologized).

The untitled show, which has no premiere date set, will follow Washington as he travels the U.S. to cook meals with everyday Americans and celebrities inside their own kitchens. While cooking dishes from their family recipes, guests will chat about their cultures, traditions and the 2020 election.

Finley explained that the show came about after Washington gave a “wildly popular” Fox Nation interview in September about his decision not to identify with a political party. Following that interview, Finley said actor came to Fox Nation with “an idea for a talk show.”

Still, it’s an interesting hosting choice for the right-leaning Fox Nation audience since Washington has been outspoken about issues relating to police brutality, “America’s broken judicial system that is oppressing” people of color, and support of LBGTQ rights.

For regular Fox News personalities, the lighter tone of the streaming service’s programming has provided a welcome change of pace.

In addition to “Park’d,” Hornacek hosts “American Arenas,” which goes inside sports venues, and “The Ride to Work,” which shows her driving various Fox talent to work. Earlier this month, she also hosted red-carpet coverage at Fox Nation’s Patriot Awards, an event honoring modern-day patriotism that helped raise $100,000 for the nonprofit Folds of Honor, which supports the families of fallen and disabled US. service members.