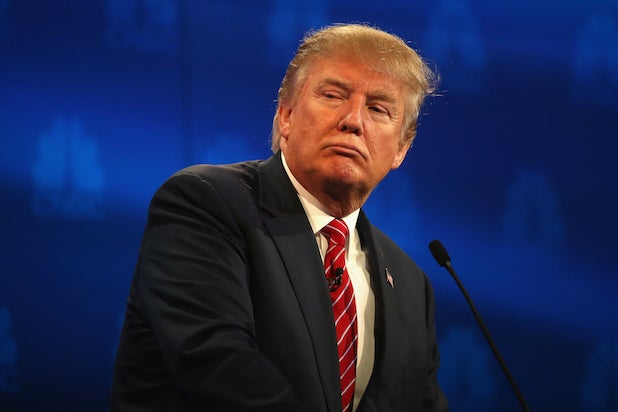 Fox News has responded to Donald Trump’s most recent social foray, and boy is it a doozy.

Fox News just released a statement to TheWrap, following our report that the GOP frontrunner is polling his social media followers on whether or not he should show up at the upcoming Fox News GOP debate on Thursday.

We actually had to do a double take when we first read Fox’s response:

“We learned from a secret back channel that the Ayatollah and Putin both intend to treat Donald Trump unfairly when they meet with him if he becomes president,” Fox News said in the statement, adding this gem: “A nefarious source tells us that Trump has his own secret plan to replace the Cabinet with his Twitter followers to see if he should even go to those meetings.”

Also Read: Donald Trump Polls Twitter: 'Should I Do the #GOPdebate?'

Representatives for Trump have not yet responded to TheWrap’s request for comment, but we’ll happily let you know if and when they do.

It’s impossible to say just how real this fight between Fox News and Trump is, but one thing is clear: it’ll do wonders for Thursday night’s ratings.