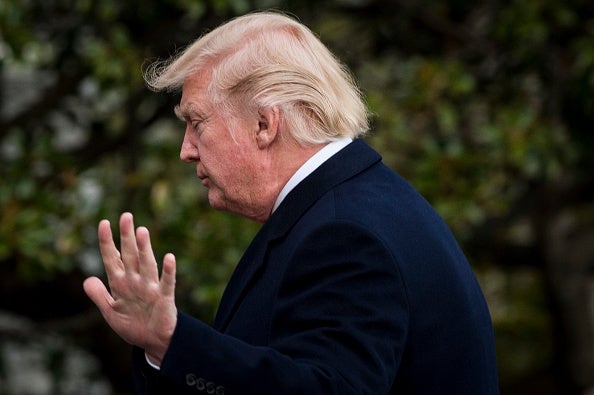 A Fox News panel reacted Thursday to viewers’ reports that Donald Trump’s cameo was cut from a Canadian broadcast of the 1992 holiday movie “Home Alone 2: Lost in New York,” calling the editing “censorship” and a symptom of “derangement.”

The Canadian Broadcasting Corporation said that Trump’s single line in the movie was edited for time, not politics, but on “Fox & Friends” Thursday, pundit Mark Steyn disagreed with the CBC.

Co-host Ed Henry also used that language, accusing the CBC of “Trump Derangement Syndrome.” For her part, contributor Katie Pavlich chalked it up to “censorship.”

In a statement to TheWrap Thursday, a representative for the CBC pushed back on accusations that the edit was political: “As is often the case with feature films adapted for television, Home Alone 2 was edited for time,” said the statement.

It also noted, “These edits were done in 2014 when we first acquired the film and before Mr. Trump was elected President.”

Earlier this week, Trump talked up his brief appearance in the movie. In fact, he said it’s his favorite holiday film and that it was “one of the biggest” Christmas hits.

“A lot of people mention it every year, especially around Christmas,” the president said during a call to troops overseas. “They say – especially young kids – they say, ‘I just saw you on the movie.’ They don’t see me on television as they do in the movie, but it’s been a good movie and I was a little bit younger, to put it mildly, and it was an honor to do it.”

Watch below via TPM.

“Fox & Friends” takes issue with CBC editing Trump out of their airings of “Home Alone 2” pic.twitter.com/UYVh4sVRRy