Branded “Fox News Primetime All the Time,” the new initiative will give subscribers a chance to check out whatever Tucker Carlson, Sean Hannity and Laura Ingraham had to say on previous episodes, with each night’s episode dropping on the service the day after it airs. The trio’s shows were already available on the platform in audio-only version, while Carlson has also been dropping thrice-weekly episodes of his video podcast, “Tucker Carlson Today,” there since last month.

In a statement accompanying the announcement, Fox Nation president Jason Klarman said, “Making television’s most highly rated shows with the most passionate audiences available on Fox Nation will add incredible value for subscribers, who now can watch them anywhere and anytime they want.” 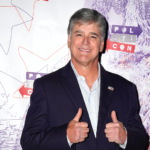 The new next-day lineup is intended, per a press release, to be “a complementary pairing to the overall FOX News Channel linear experience.”

Fox Nation launched in 2018 and has, until now, primarily featured original content created specifically for the platform. This initiative seeks to appeal to cord-cutters or cable viewers who might happen to be someplace besides their own living rooms from 8 p.m. ET to 12 a.m. ET.

Earlier this month, Fox News Media announced that active military members and veterans are entitled to a free year of the subscription streaming service.