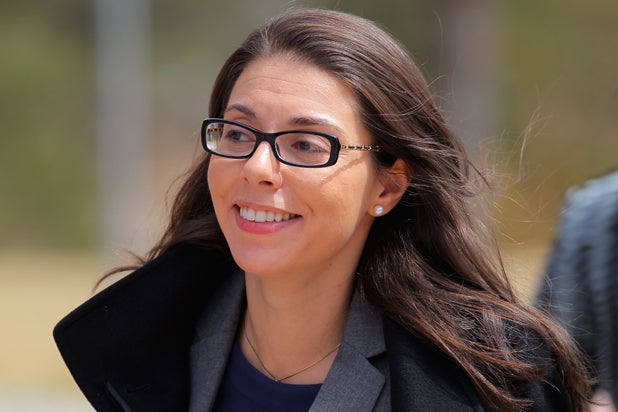 The latest chapter in the legal saga surrounding FoxNews.com reporter Jana Winter will play out on Tuesday, as she argues before New York state’s highest court in a bid to avoid being compelled to reveal her sources for an article about Aurora, CO theater shooter James Holmes.

Winter broke the news that Holmes, who killed 12 people in July 2012, sent a notebook to his psychiatrist that contained drawings depicting gun violence. The article relied on information from two anonymous law enforcement sources, which Holmes’ legal team says means those sources violated a gag order. Holmes’ lawyers are demanding that Winter reveal who her sources are, and claim there is no other way to find out other than to compel her to reveal them to the court.

Winter’s legal team, lead by Dori Ann Hanswirth, hopes to convince the judges in New York’s court of appeals to quash the Colorado court’s subpoena, arguing that Winter should be protected by New York’s shield law.

“We’re hoping that the court of appeals agrees with our petition and we think that they should,” Hanswirth told TheWrap. “The values of New York state as embodied in the reporter shield law are important enough to outweigh any interest that James Holmes has in compelling a witness to come from out of state and testify in his case.”

The judges should decide whether to grant Winter’s petition or not before she is due back in Colorado on January 3. Should they decide against Winter, she will face another hearing there (which has weaker legal protections for journalists) on a motion to quash the subpoena. If she loses that, she will have to give up her sources or be charged with contempt of court, which could lead to jail time.

Should it come to that, Winter will most likely choose jail.

“It’s safe to say she will not” reveal her sources, Hanswirth said.

Fox News has staunchly defended its journalist, with “MediaBuzz” host and media reporter Howard Kurtz and Judith Miller, the former New York Times reporter who went to jail for 85 days in 2005 for refusing to reveal her source on a story, weighing in over the past several days in Winter’s defense.

“Jana believes strongly enough in being a good journalist and the kind of person people want to talk to and trust that she’s willing to make that decision,” Miller said on “Fox Report Weekend.”

Kurtz wrote that Winter’s possible decision is “the ultimate character test for a journalist: give up your confidential source or face going to jail.”

Winter has been in and out of court dealing with the matter for 16 months, and Hanswirth said she’s “understandably nervous” about Tuesday’s arguments.

“She’s hanging in there,” Hanswirth said. “It’s been difficult. But she’s doing her best to stay busy. She’s understandably nervous and concerned and scared. She’s scared.”