Bream showed a clip on “Fox News Sunday” of the Republican senator from South Carolina in June when he said that abortion should be a matter of states’ rights.

“Here’s what President Biden said: ‘When a lawmaker goes from touting states’ rights to touting a nationwide ban, it becomes clear that they’re not concerned with the Constitution,'” she said. “You’ve got to explain the pivot.”

Graham pushed back on Bream’s accusation of flip-flopping, saying, “I’m not inconsistent,” and noting that he proposed a bill in 2020 that banned abortion at 20 weeks. 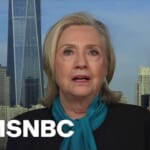 “To suggest that I’m new to the game opposing late term abortion is ridiculous,” he insisted, hesitating to address his shift from defending abortion as a matter for states to a nationwide constitutional matter.

Graham’s comments follow his call for a nationwide abortion ban, which would also allow states to pass more restrictive laws, and signified a switch after Roe v. Wade’s reversal sent the decision to states.

His proposed bill stunned his colleagues, as one unnamed source told Politico that “Graham’s stunt is a godsend and helps us remind voters Republicans want to ban abortion everywhere.” Bream noted the pushback that insisted the decision would impact the upcoming 2022 midterm elections.

“I’m pro-life, even in an election year,” the Senator responded, adding, “To those who suggest that being pro-life is losing politics, I reject that.” 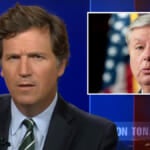 In June, before the Supreme Court overturned Roe, Graham said, “There’s nothing in the Constitution that creates a right to abortion as a constitutional principle.”

“If you know anything about me, Shannon, for 20 years, I have been supporting federal legislation banning late-term abortion,” Graham responded, pointing to the ruling from Dobbs v. Jackson that says “elected officials can make the decision, state or federal.” 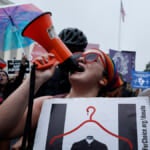