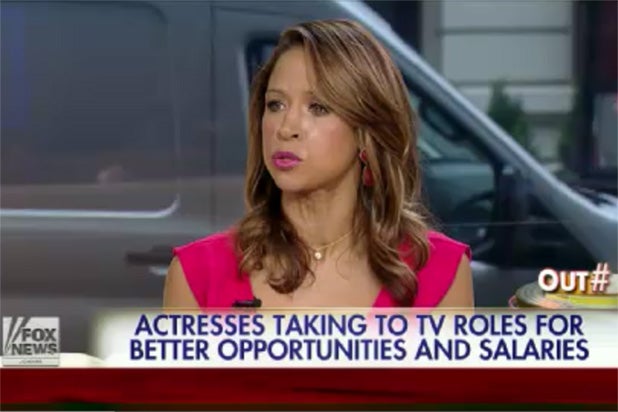 Fox News host Stacey Dash has some advice for women in Hollywood making less than their male counterparts: “Know your value.”

On Tuesday’s episode of “Outnumbered,” featuring co-host Dash and guest host Dean Cain, the show’s panel tackled the growing outcry among actresses about the pay disparity between men and women in the entertainment industry.

Dash, who starred in the movie “Clueless” and its television follow-up of the same name, offered her advice for women making an average of 40 cents on the dollar. “Be a better negotiator,” she said. “Know your value.”

“There needs to be a demand for more aspirational leading female roles. This being said, there also needs to be an understanding of the difference between worth and value,” she explained. “You know, if you become valuable, if you know what your value is, then you’re worth more. So that’s what you have to figure out.”

Cain expressed skepticism about the idea of a gender pay gap entirely. “Well it’s a weird thing, statistics — and you know they can paint any picture you want,” he said.

Agreeing with co-host Melissa Francis, the actor said that past box office or TV ratings successes are all that factor in to how much an actor or actress is paid.