Update: A spokesperson for Fox News said in a statement to TheWrap, “We find it extremely suspect that Bob Butler, with whom we had nothing but a good relationship during his two-term tenure as President at the NABJ, would choose now to come out publicly with complaints of the network. He had ample opportunity to voice concerns as President, and now that his platform is gone, it seems these comments are nothing more than a bid for attention.”

“I’ve talked to some folks who work there and it’s very difficult, especially when you have all the hit pieces that are done on Obama,” Butler said.

His comments come as Rupert Murdoch continues to face criticism over a controversial tweet on Wednesday that insinuated President Obama isn’t “a real black president.” Murdoch apologized on Thursday.

But those disillusioned staffers also told Butler, “Look, this is a job, I have to do it, and sometimes you have to just hold your nose and do what you have to do to collect a paycheck.” Butler, who served as president of the NABJ from 2013-2015, said those employees are good producers who pride themselves on covering news.

Regarding Murdoch’s comments suggesting the president isn’t an authentic black president, a dumbfounded Butler wondered “what does that even mean?”

He’s not surprised Murdoch isn’t a fan of Obama judging by the editorial policies of his properties, but wouldn’t call him a racist.

“I always stop short of saying someone is being blatantly racist,” Butler continued before saying it’s troubling for Murdoch, who isn’t black, to be deciding who is “black enough.” 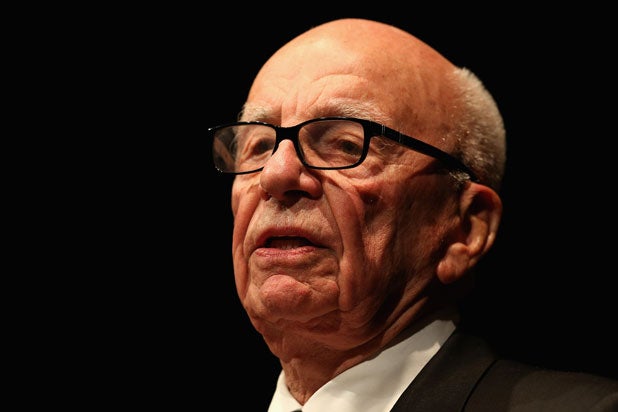 Fox News and Fox Business do employ many African-American personalities, both on-air and behind the scenes, including Harris Faulkner, Juan Williams, Charles Payne and David Webb, to name a few. Martin Luther King Jr,’s niece, Alveda King, became a contributor with the network earlier this year.

The network also has an apprentice program geared toward minorities. The Ailes Apprentice Program has existed for over a decade, inviting dozens of minority trainees to learn the ropes of TV news, earn a salary and benefits — and for some, receive jobs after the program ends.

But Fox News has often been criticized for its coverage of African-American issues, most recently for comments by its on-air personalities about the #BlackLivesMatter movement, and in recent years for its coverage of voter suppression and the Black Panthers.

While NABJ president, Butler criticized CNN in 2014 for its tack toward African-Americans. During the network’s mass layoffs a year ago, he called the departure of so many black staffers “worrisome.”

He said that since the NABJ awarded CNN with its Best Practices award in 2007, a large number of African-Americans had left the network: “I know CNN is going through layoffs, but the departure of so many African-Americans is worrisome,” he said at the time.