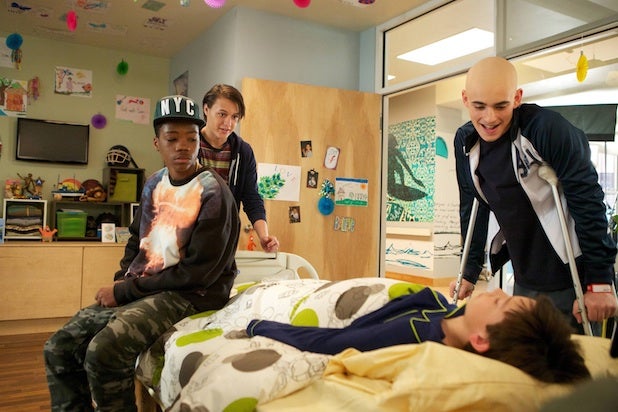 The network has pulled the hospital drama from its programming lineup, a network representative told TheWrap.

The low-rated ABC Studios/Amblin TV series won’t go past its original 13-episode order, but the door still remains open for Fox to renew the hospital drama for future seasons.

See photos: 19 TV Shows on the Bubble - From 'Community' to 'Crazy Ones'

“Red Band,” part of Fox’s primetime Wednesday lineup, will continue airing new episodes through next week (episode 10), but then Fox will shelf the remaining three episodes to air at a later date.

The drama, which focuses on young adults coping with and bonding through their mortal illnesses, has averaged around a 1.0 rating in advertiser-coveted 18-49 demographic and about 3.2 million viewers. Even though the show’s ratings weren’t staggering, the network did order four additional scripts in October.

Margaret Nagle wrote the U.S. adaptation of the series, which is based on a Spanish format. Executive producers are Rina Mimoun, Jason Ensler, Steven Spielberg, Justin Falvey, Darryl Frank and Sergio Aguero.

So far this season, Fox had already effectively canceled new comedy “Mulaney” when it reduced the show order from 16 to 13, shut down production, then moved it to the less prime 7:30 p.m. time slot on Sundays. It also closed down expensive and low-rated reality experiment “Utopia” earlier this month, which it had planned to air for a calendar year. Its only new fall show that’s earning over a 2.0 rating is Batman prequel series, “Gotham.”