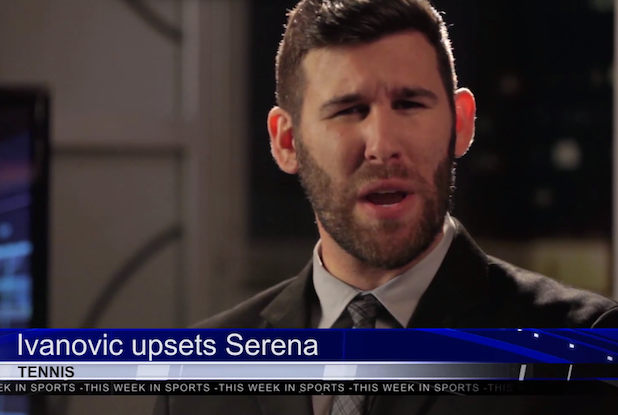 Fox Sports is betting $1 million that musicals will play a crucial role in the future of sports programming. The sports media giant has awarded AVByte, a YouTube channel dedicated to musicals, a six-month deal to develop quality sports programming.

AVByte earned the deal by winning a contest hosted by Fox Sports, Ford and YouTube at YouTube’s production facility in Los Angeles. Fox invited 12 different YouTube channels to YouTube Space LA and gave them the production crews and equipment needed to produce a pilot for a sports web series.

AVByte sang its way through news about the Australian Open and hockey.

“They wouldn’t have been my pick when you think about the compatibility of showtunes and sports, but they turned in a perfect one-minute video,” Pete Vlastelica, Senior VP of digital at Fox Sports, told TheWrap. “It was everything we were looking for and a panel of Fox executives was unanimous.” AVByte will spend the next six months creating programming for Fox’s YouTube channel, and, if all goes well, appear on Fox’s sports TV channels as well.

Fox staged the event because it wanted to discover fresh talent and identify sports programming formats that are effective online. Though programs like Fox’s NFL pregame show and ESPN’s “SportsCenter” have loyal following, no such thing exists online – at least not yet.

“We all believe that the killer format for sports hasn’t been developed on the web,” Liam Collins, the head of YouTube Space LA, told TheWrap.

YouTube was a willing host, as the world’s largest online video site is eager to cultivate its sports offerings and connect its emerging talent with major brands like Fox and Ford. Ford helped underwrite the event and some of the videos created will be featured during a Ford Super Bowl spot.

Fox Sports has always been one of the most aggressive players in the sports media industry, introducing graphics and different features – like referee commentary – well before many of its competitors. It is now looking at YouTube as the next step in its evolution; last year, it increased views of its channel by 450 percent.

“Rights-driven content” like UFC and auto racing highlights drive most of those views at the moment, but Fox wants to develop sports commentary programming that it owns.

The network has a model in place already with a daily show called “No Filter.” It stars Katie Nolan, who was making YouTube videos on her own until Fox found her six months ago. She is still making those videos, but now for the Fox channel. She is also now a host of “Crowd Goes Wild,” Regis Philbin‘s show on Fox Sports 1, the conglomerate’s new channel.

“She has this intuitive sense of hwo to connect with the audience.”

Though AVByte won the contest, both Vlastelica and Collins said Fox would work with several other contestants in the future.