U.S.-based major media companies like Fox, Discovery, Netflix and Apple opened their stateside trading day down billions of dollars in stock valuation following the “Brexit” (meaning British exit from the European Union) vote in the U.K.

Several corporations — like Netflix and Apple — had already start to surge back a bit, however, within the first minutes of the U.S. trading day.

Late Thursday night, voters in the U.K. decided by a narrow margin to leave the European Union after 43 years in the historic referendum, prompting the value of the British pound fell to its lowest in over three decades.

Below are some snapshots of the mostly after-hours (in the U.S.) declines. TheWrap chose a five-day window to best demonstrate shareholders’ full fall.

As readers will see, Discovery felt the biggest flop of the bunch that we surveyed, as that particular group of cable channels does a lot of overseas business. Fox suffered a bit more than the average, as it owns a big portion of Sky — a pan-European satellite broadcasting company that got crushed in the U.K. markets. 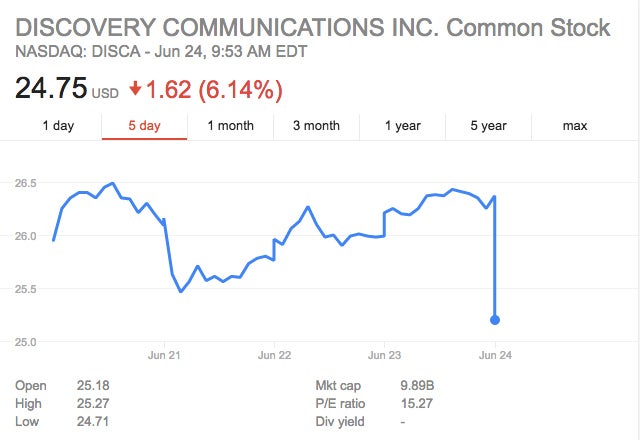 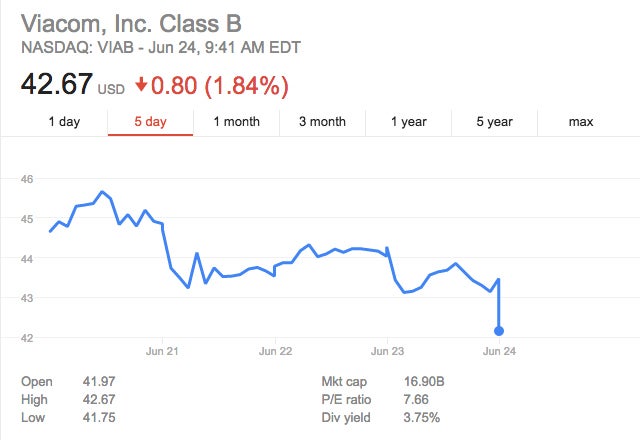 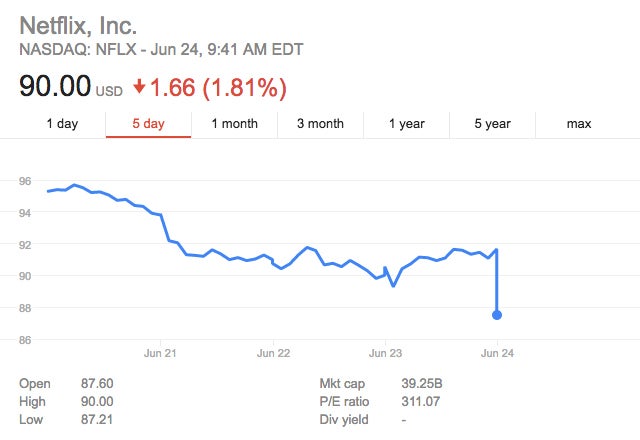 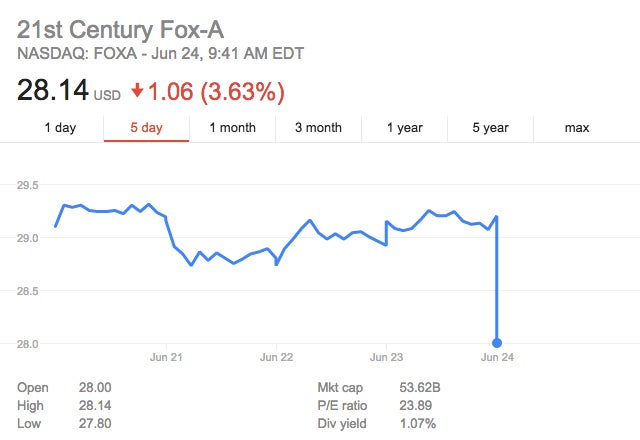 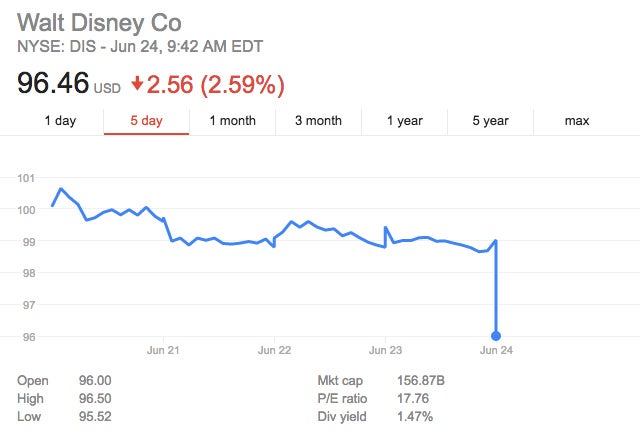 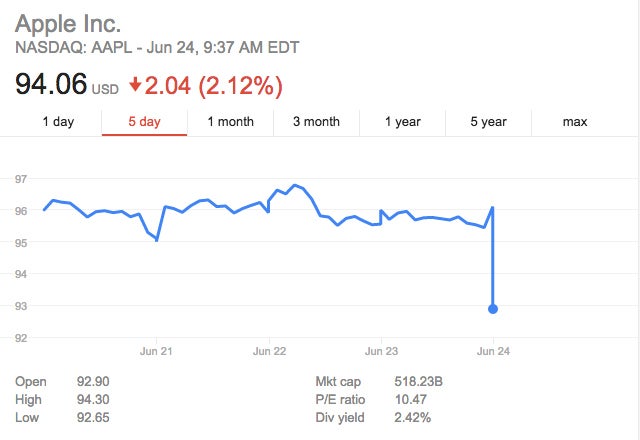 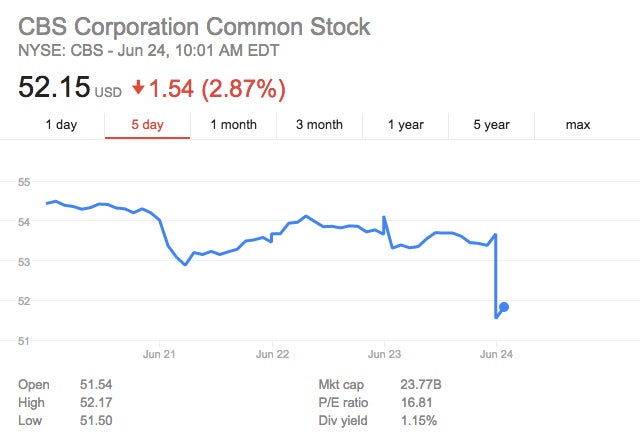 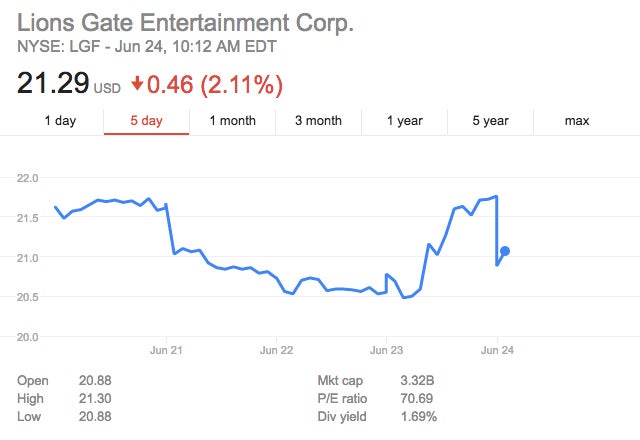 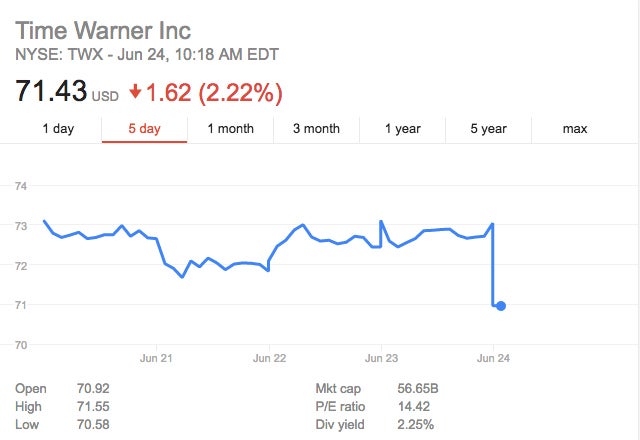 The Dow Jones and the S&P 500 are having a pretty rough morning, as one might expect. The DJI dropped more than 400 points today.

On Thursday, Brits voted to exit the European Union. As a result, the Pound dropped to its lowest valuation in decades, and stock prices overseas sunk. The Euro isn’t doing so hot either, but that decline isn’t as bad. Click here to check out just how much some the more notable foreign (to us) media companies and indexes were negatively impacted by the landmark decision.

British Prime Minister David Cameron said he will step down from his post, vowing there will be a new PM in place by October.

The British pound has fallen to its lowest valuation in decades as a result of Brits voting to exit the European Union (aka the ”Brexit“). Overseas-based media companies and index funds are among the hardest hit. We’ve used 5-day snapshots illustrate the sudden drops.