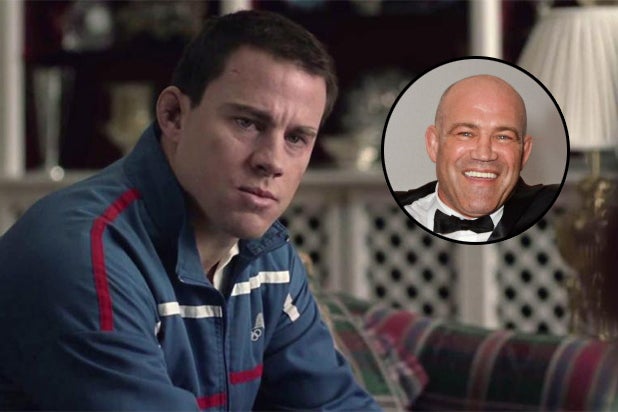 The real life figure behind Bennett Miller‘s “Foxcatcher” is furious with the director and how he was portrayed in the film.

Mark Schultz, the Olympic and World Champion wrestler played by Channing Tatum in Miller’s biopic, took to social media to angrily refute Miller’s portrayal of his character in the movie.

“Pretty lousy what the director did to my character huh?” he tweeted Monday, and then his anger escalated from there.

“YOU CROSSED THE LINE MILLER. WE’RE DONE,” the rant continued on Wednesday. “YOU’RE CAREER IS OVER. YOU THINK I CAN’T DO IT. WATCH ME.”

The younger Schultz also took to Facebook to further detail exactly what his issues with the film are. In a long post, Schultz points out factual discrepancies from timelines to, more importantly, how his various relationships were fictionalized for the film.

“Du Pont was a repulsive sickening freak. I could barely stand looking at him,” he said. “I never touched him except for a photo at the hall of fame and when I threw him in a headlock for a documentary.”

Schultz took special offense to the film hinting that there could have been a sexual relationship between him and du Pont.

“Leaving the audience with a feeling that somehow there could have been a sexual relationship between duPont and I is a sickening and insulting lie,” he said. “I told Bennett Miller to cut that scene out and he said it was to give the audience the feeling that du Pont was ‘encroaching on your privacy and personal space.’ Then after reading 3 or 4 reviews interpreting it sexually, and jeopardizing my legacy, they need to have a press conference to clear the air, or I will.”

Representatives for Schultz and Miller did not immediately respond to TheWrap‘s requests for comment.

Pretty lousy what the director did to my character huh?

YOU CROSSED THE LINE MILLER. WE'RE DONE. YOU'RE CAREER IS OVER. YOU THINK I CAN'T DO IT. WATCH ME.

YOU THINK I'M GOING TO SIT BACK AND WATCH YOU DESTROY MY NAME AND REPUTATION I SWEAT BLOOD FOR. YOU AINT' SEEN NOTHING YET DUDE.

I BUILT THIS HOUSE AND I'LL TEAR IT DOWN. YOU THINK I CAN'T TAKE YOU DOWN COZ UR A DIRECTOR. WATCH ME BENNETT… http://t.co/wQSKgq9Pwz

I CAN TOLERATE A LOT OF THINGS BUT I DON'T TOLERATE DISRESPECT. WE'RE DONE BENNETT.