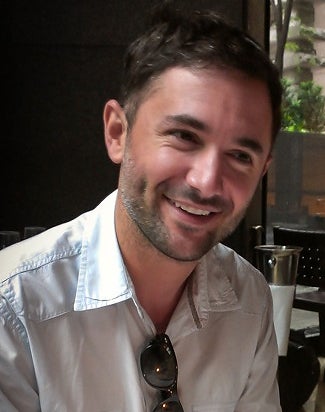 Chris Goldberg is joining Jeff Robinov‘s Studio 8 after almost 10 years at Fox, it was announced on Friday.

Goldberg will be a development executive reporting to Robinov, joining the recently hired Robert Brassel and Jon Silk.

As the Director of Literary Affairs at Fox, Goldberg worked in the New York office with Fox Literary department head Drew Reed, scouting books for the feature film divisions, before moving to the Los Angeles office in 2013.

He was involved in the acquisition of film rights to projects such as “Gone Girl” by Gillian Flynn and “The Fault in Our Stars” by John Green and Ridley Scott‘s upcoming “The Martian,” based on the novel by Andy Weir.

Robinov’s Studio 8 will release up to six movies a year under a distribution deal with Sony Pictures. The multi-platform media company will have greenlight authority and aims to develop, produce and acquire both potential tentpoles and prestige pictures driven by new and established filmmakers.

As Studio 8 is interested in acquiring additional production businesses and brand-based properties, it expects to raise up to $1 billion in financing, and SPE will also become an investor in the company.

Studio 8 was founded in partnership with Chinese investment firm Fosun Group and will live on the SPE lot in Culver City. Robinov will work with the Fosun Group on developing TV and digital content establishing multi-platform distribution opportunities, collaborating with global production and brand-based properties including those in the Chinese market. SPE’s distribution will be worldwide, with the exception of the Greater China Region.

Fosun is a Shanghai-based company that manages a few different businesses, including industrial operations, insurance, direct investment and asset management. It has already invested in Bona Film Group, a leading Chinese film company. China is currently the world’s second-largest market for film and is expected to surpass the U.S. in just a few years.