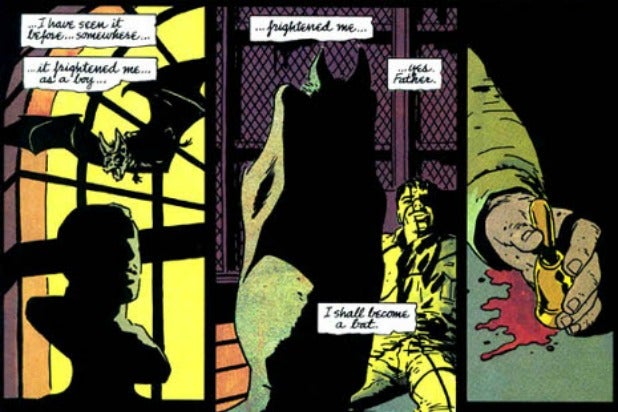 Of course, Batman fans have already seen young Bruce fall into a cavern filled with bats — the inspiration for his crimefighting alter-ego — in comics and the film “Batman Begins.” (The images above are from Frank Miller and David Mazzucchelli’s brilliant “Batman: Year One.”)

Reilly didn’t go into specifics about Wayne’s age throughout the series, but noted that it will lead up to his decision to don a cape and fight crime.

The series will feature existing Batman characters, not new ones created for the show, he said.

Fox plans a pilot for the series, and aims to make it a full series, he said at the Television Critics Association winter press tour Monday.