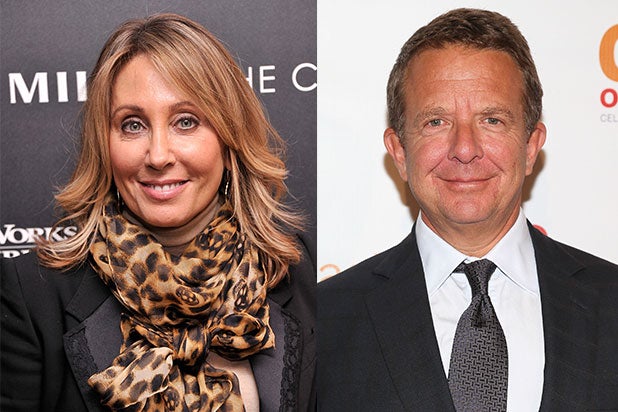 A standing-room-only screening room was packed with UTA agents and other industry observers to hear Snider and Zimmer discuss the importance of mentorship and several issues that Hollywood is currently grappling with, including the proliferation of short-form content and the shrinking of release windows.

“It’s inevitable that the windows are going to collapse,” said Snider, who said she and her Fox colleagues are still trying to figure out their allies in the theatrical business. “Netflix doesn’t care about our relationships with exhibitors, or windowing revenues,” said Snider, citing how aggressive the streaming service has been in rewriting the rules of the distribution game. “Our natural allies are exhibitors and we should be interested in finding a compromise and finding a way to both benefit from a shortened window.”

Zimmer said that the era of the two-hour movie is in danger. “There’s a threat to the size of that part of the industry. People’s brains are being changed by technology.”

Snider said that Fox’s cost structure makes it difficult to support short-form content but added that if the material is strong enough, “we will find some money in some division.”

Veteran dealmaker Zimmer added that “we’ve changed the landscape as much as the landscape is changing us,” referencing the rise of YouTube and Vine stars who command a sizable audience. “We work with creative people to develop that audience and create a financial component and a marketplace. Agencies are always looking for other opportunities,” said Zimmer, who noted that UTA’s Fine Arts division has altered the marketplace it operates within.

Snider and Zimmer spent a good portion of their chat stressing the importance of mentorship. Snider told the audience that if they can find a path to reach her, she’s more than willing to help, just as UPenn and UCLA alums helped her early in her career.

“I want to know the young people in this business. What they’re doing is way more important than what the fancy people are doing. It’s the young people who are going to keep me relevant,” said Snider.

Zimmer relayed a story about agent Charlie Ferraro striking up a relationship with Snider when she was at Universal, and how she encouraged him to reach out once a week with script and movie recommendations. Ferraro became the agency’s conduit to Snider and their relationship serves as practical evidence of mentorship being a two-way street.

“To engage people at our level, there should be action,” said Snider. “If you need help, be specific.”

Zimmer cited both his grandfather and former UTA chairman Marty Bauer as examples of his mentors, but said his agency colleagues have mentored him in many different ways. For example, after losing significant clients, his colleagues gave him the support and fortitude to help him realize that a defection is not the end of the world, even if it feels like it in that moment.

Snider built on that lesson. “If you don’t try to risk failure, you won’t succeed. [Accepting defeat] is a skill you’ve got to learn in this business.”

Zimmer talked up UTA’s Agent Trainee Program, which has helped the agency cultivate young talent. While those kinds of trainee programs are expensive to nurture, Zimmer said it was essential to UTA’s future and he has no plans to change anything.