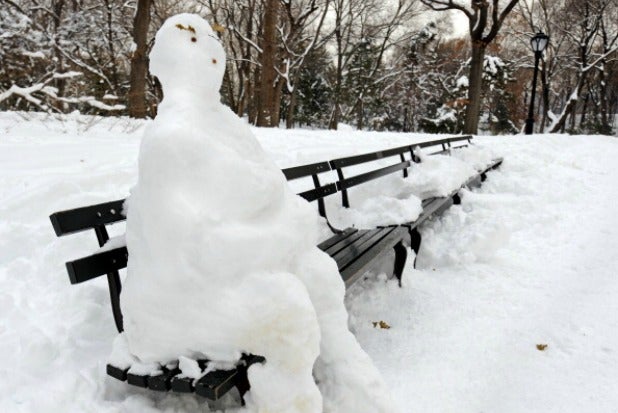 If the first Northeastern, outdoor Super Bowl is interrupted by another winter storm, Fox has a backup plan:

“The game can be played on Monday,” Fox Sports president Eric Shanks said in a Television Critics Association panel Monday. “We can try to get the game in on Saturday if there’s a hundred year, three-day storm coming Sunday.”

Shanks doesn’t think it’s likely the Feb. 2 game will need to be held on a day other than Sunday, and notes that weather forecasts should provide plenty of time for planning. But unpredictable weather is part of the fun for Super Bowl XLVIII, which will be the first played in a cold weather region in a non-domed stadium.

The NFL and Fox have lots of options, he noted, including pushing back the start time Sunday.

The network will be playing up the cold weather at Met Life in East Rutherford, N.J. Fox Sports will have an infrared camera to show players’ body temperatures, and plans special technology to illustrate the wind speeds.