Lawrence is set to direct the project. Brian Oliver and Bradley Fischer of New Republic will produce alongside Isa Dick Hackett from Electric Shepherd and Lawrence and Cameron MacConomy via their about:blank banner. “Vulcan Hammer” was acquired from the Dick Estate under about:blank’s first look deal with New Republic.

Following a devastating world war, “Vulcan’s Hammer” centers on the 70 nations of Earth that form the Unity party and cede global governance to the Vulcan AI system, which algorithmically dictates policies for Unity to carry out. But after Vulcan is attacked and a special agent is murdered, Unity director William Barris is called to unravel the mystery to figure out who — or what — wants to destroy the system he has dedicated his life to. 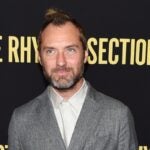 “We’re very pleased to partner with the passionate team at New Republic and thrilled by Francis’s ambitious vision for bringing VULCAN’S HAMMER to the big screen,” Hackett said in a statement.

Lawrence is currently in post-production on “Slumberland,” based on the comic strip “Little Nemo’s Adventures in Slumberland” and starring Jason Momoa, Marlow Barkley, Chris O’Dowd, Kyle Chandler, Weruche Opia and India De Beaufort for Netflix. Lawrence most recently directed the first three episodes of the Apple TV+ series “See,” on which he serves as executive producer and developed with Steven Knight. The show stars Jason Momoa and Alfre Woodard, and is set in the far future where a virus has decimated humankind and those who survived emerged blind.

In 2018, Lawrence directed the Russian spy thriller “Red Sparrow” starring Academy Award-winning actress Jennifer Lawrence. Based on the novel of the same name, the film grossed over $151 million at the box office and was released by 20th Century Fox. Additionally, Lawrence helmed the hugely popular “Hunger Games” franchise as director of three of the four films— “Catching Fire,” “Mockingjay Part 1” and “Mockingjay Part 2.” His work on the series grossed over $2.2 billion worldwide. Additional credits include the films “Constantine,” “I am Legend” and Water For Elephants.”

Lawrence is repped by CAA, 3 Arts and Hansen, Jacobson. The Estate of Philip K. Dick and Electric Shepherd Productions are repped by Christopher Tricarico of Tricarico Chavez LLP.