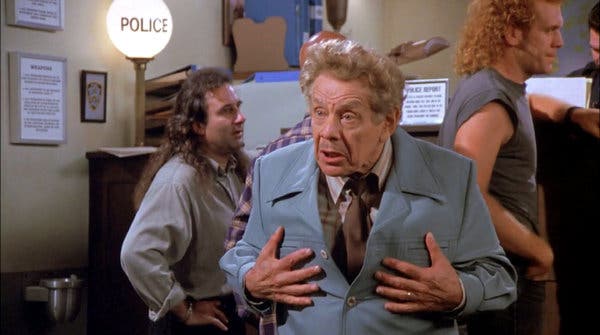 TBS will celebrate the legacy of Jerry Stiller this weekend with a marathon of “Seinfeld” episodes featuring the late actor and comedian.

Stiller had a recurring role on the series as the outspoken Frank Costanza, the father of Jason Alexander’s George Costanza. On Saturday, May 16, 10 of Stiller’s episodes will run back-to-back on the cable network starting at 4 p.m. ET/PT.

Stiller, father to actor Ben Stiller and known for his roles on “Seinfeld” and “King of Queens,” died earlier this week at the age of 92. He was quickly remembered by those who worked with him for his kindness and for his talents as a performer.

Jerry Seinfeld shared a photo of himself holding an old comedy album Stiller recorded with his beloved wife and comedy partner, Anne Meara, who died in 2015 and said, “Jerry Stiller’s comedy will live forever.”

Alexander shared his own message, writing, “Such sad news that my beloved friend, Jerry Stiller, has passed. He was perhaps the kindest man I ever had the honor to work beside. He made me laugh when I was a child and every day I was with him. A great actor, a great man, a lovely friend. #RIPJerryStiller I Love you.”

And Michael Richards, who played Kramer, went on social media for the first time to pay tribute to Stiller. “Jerry Stiller was an absolute treasure. I adored him and loved working with him on ‘Seinfeld,'” he said in part on Instagram. “He was hilarious and a great friend. He’s a legendary showman and he was always an inspiration to me.”

See the list of “Seinfeld” episodes that will air on TBS below:

4:30 p.m. ET/PT – “The Chinese Woman”
George’s crossed phone lines acquaint the gang with a woman who isn’t what she seems.

5 p.m. ET/PT – “The Doorman”
A doorman tries to cause trouble for Jerry. Kramer develops a male undergarment.

6 p.m. ET/PT – “The Rye”
George’s and Susan’s parents have dinner together for the first time.

6:30 p.m. ET/PT – “The Caddy”
Kramer befriends a caddy who helps him improve his golf game.

7:30 p.m. ET/PT – “The Fatigues”
Jerry’s new girlfriend has a mentor; Elaine must fire a troubled employee.