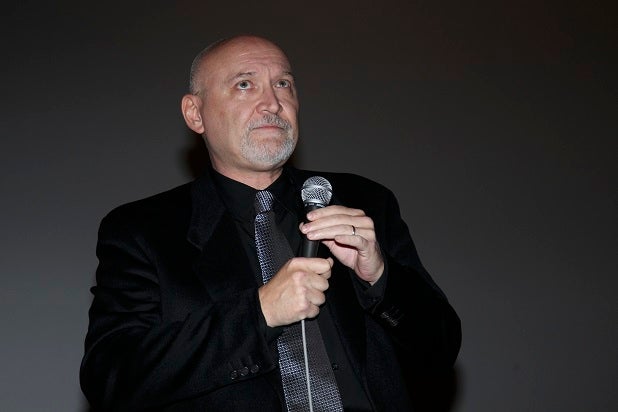 “Walking Dead” creator Frank Darabont is in early talks to direct “Snow White and the Huntsman 2” for Universal Pictures and Roth Films, an individual familiar with the project has told TheWrap.

Darabont has not received an official offer yet but is expected to engage with the project when one does materialize, as Universal and producer Joe Roth are high on his take for the sequel/spinoff. He beat out Gavin O’Connor (“Warrior”) and Andy Muschietti (“Mama”) for the high-profile gig.

Meanwhile, Kristen Stewart is not expected to return for “SWATH 2,” which is expected to emphasize Chris Hemsworth‘s role as the titular Huntsman. Thanks to “The Avengers,” Hemsworth is a much bigger star since the first film was released in June 2012. Since no script has been finalized, if Stewart does return, her appearance would likely be limited to a cameo or a handful of brief scenes.

As such, the spinoff may drop “Snow White” from the title and rebrand with a Huntsman-centric title.

Charlize Theron is also expected to reprise her role as the evil queen, who was left trapped in her own mirror at the end of the first film.

Rupert Sanders directed “Snow White and the Huntsman,” which grossed nearly $400 million worldwide. Universal plans to release the next film in the fairy tale series in 2016.

Darabont’s film will be based on an Evan Spiliotopoulos script that was rewritten by Craig Mazin.

Darabont previously directed the Stephen King adaptations “The Shawshank Redemption,” “The Green Mile” and “The Mist,” and he also helped turn “The Walking Dead” into one of TV’s biggest hits. He’s represented by CAA, which did not immediately respond to a request for comment.