Jeremy M. Rosen produced along with Robert Ogden Barnum and Swab for Roxwell Films, in association with Bondit Media Capital. 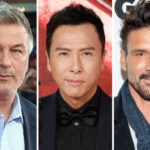 According to Swab, “Ida Red” is “the Neo-Western story of an American crime family in the Oklahoma heartland.” It follows Ida “Red” Walker (Leo), who may not survive her 20-year prison sentence for armed robbery. She turns to her son (Hartnett) for one last job to regain her freedom.

The film wrapped production amid the COVID-19 pandemic in 2020. It will make its world premiere at the Locarno Film Festival on Aug. 11. 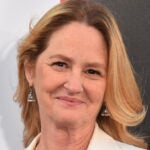 “John Swab is an incredible talent whose films speak to his personal experiences with addiction, abuse, crime and redemption,” Saban Films’ Bill Bromiley said. “We’re excited to be working with him on ‘Ida Red.’”

The deal was negotiated by Bromiley for Saban Films with Rosen and Barnum for Roxwell Films on behalf of the filmmakers.