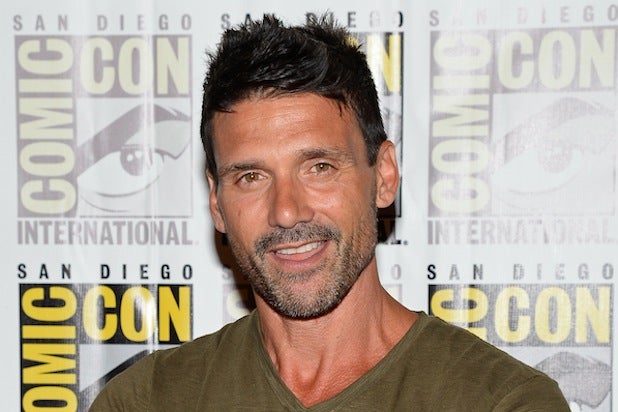 Frank Grillo, who’s been steadily building his career of late with a series of high-profile supporting parts, is making his move into a lead role, booking Blumhouse Productions’ horror-thriller sequel to “The Purge,” an individual with knowledge of his deal told TheWrap.

James DeMonaco returns to direct – and will also write and produce — a second helping of the home-invasion what-if story. The first centered on Ethan Hawke, whose family’s home became a target on the one night of the year when the government shuts down law enforcement and lets the creeps and thugs do their thing.

The 2012 original was a surprise hit for Universal, where Blumhouse’s Jason Blum has a first-look deal, making nearly $65 million domestic on a $3 million budget. The sequel is already dated for June 2014.

Grillo, repped by Management 360 and CAA, has been popping up in all kinds of memorable supporting roles, including as a trainer in “Warrior,” a supervisor cop in “End of Watch,” and a Marine in “Zero Dark Thirty.”

His next big appearance, in “Captain America: The Winter Soldier,” looks like a show-stealer – as Crossbones, the onetime S.H.I.E.L.D. agent who turns into a villain (beginning with a vicious elevator fight that was first showed at Comic-Con and played in full in front of “Thor: The Dark World” as part of an extended trailer).

Also read: Robert Redford on ‘Captain America’ Sequel: ‘I Wanted to Do Something Different’

News of Grillo’s casting in the “Purge” sequel first appeared on Deadline.