While Frank Langella is said to be considering legal action after being fired from Netflix’s “The Fall of the House of Usher” for his “inappropriate” behavior, more details are emerging about what he is alleged to have said and done that made cast and crew so uncomfortable around him.

Deadline reported on Friday that, according to “a number of people on or close to the Netflix production,” the Tony winner often indulged in graphic discussions about his own sex life and quizzed people on set about theirs.

One production source said, “He spoke graphically about his own sexual history to many people even as they were trying to get out of those conversations,” and another added, “He asked cast members about their sexual experiences.”

“There was a general sense of toxicity that followed him around. A lot of the cast and crew were very uncomfortable around Frank from the beginning,” said another source who asked not to be named. 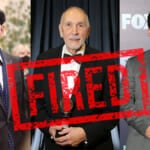 Also Read:
No Country for Dirty Old Men: How Frank Langella, Bill Murray and Fred Savage Got the Ax for ‘Inappropriate Behavior’

He was also known for “graphic and misogynistic” comments and frequently retold a “crude” sex joke.

Langella maintained in his April 13 op-ed for Deadline that he had done nothing wrong and was merely trying to keep the mood on set “light and friendly,” but sources say many of his offensive comments were “not jokes but shocking to pretty much anyone within earshot.”

The “Frost/Nixon” star is also said to have been “grossly inappropriate” in asking an actor who was playing a badly burned character if the fire “burnt [his] d—k?”

Another insider told Deadline that there was a non-sexual “very upsetting” incident with a makeup artist during which Langella is said to have “smacked them out of the way.” 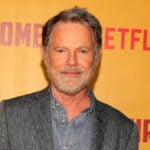 Still another “Usher” source said that when it was announced that Lengella had been fired, “there was a profound relief bordering on jubilation among cast and crew.”

Bruce Greenwood, who has frequently worked with Flanagan on projects including “Gerald’s Game,” took over Langella’s role of Roderick Usher.

Netflix did not immediately respond to TheWrap’s request for comment on these new allegations.