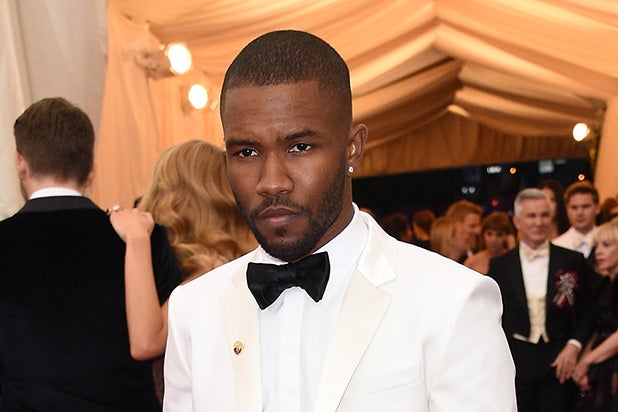 Well, this should make things awkward at Frank Ocean’s next family reunion.

“Novacane” singer Ocean is being sued by his own father, who claims that Ocean falsely claimed he made anti-LGBT comments toward a transgender waitress.

In his complaint, filed in federal court in California, Calvin Edward Cooksey claims that Ocean made the false statements in a June 2016 Tumblr post, which the suit claims “went to more than 100 million people all over the world.”

According to the suit, Ocean’s post falsely claimed that Cooksey discriminated against a transgender waitress, and dragged Ocean out of a neighborhood diner while he made “immoral comments” about the waitress’ hygiene.

Specifically, the suit claims that Ocean wrote, “I heard my dad call our transgender waitress a f—-t as he dragged me out of a neighborhood diner saying we wouldn’t be served because she was dirty.”

“Plaintiff has never had any confrontations, conflicts or any discriminatory incidents, or encounters with any members of the LBGT [sic] community,” the lawsuit claims.

“Defendant did not only attack Defendant’s father … by fraudulently labeling Plaintiff as a ‘Homophobic Bigot,'” the lawsuit reads. “The Defendant also attacked God’s [sic] and God’s laws as they have been written in ‘Islam and Christian’ religions.”

Also Read: Frank Ocean Beats Chris Brown, But Not the Way You Were Hoping

TheWrap has reached out to Ocean’s publicity firm for comment.