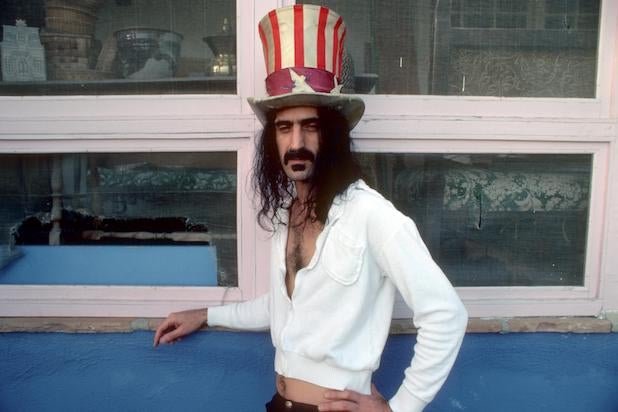 “Zappa” looks at the life of the innovative artist and musician through access to the Zappa family trust and other archival footage, and Magnolia will release the documentary in theaters and on-demand Nov. 27.

“Alex Winter has created an amazing documentary,” Magnolia President Eamonn Bowles said in a statement. “‘Zappa’ is an incredibly nuanced and compelling look at the visionary iconoclast and the environment that formed him.”

“This is the most ambitious project I’ve ever worked on, with a couple of years of archival preservation in addition to several years to make the film itself,” Winter said. “This isn’t your typical music doc, but rather a multi-faceted narrative that aims to bring this complex artist to life. Magnolia, with its long and distinguished history of platforming great cinema, is the perfect home for ‘Zappa’ and I am ecstatic to be partnering with them.”

“From the moment Gail Zappa said ‘yes’ to our pitch I’ve been excited for the day that we could share Alex’s film with the world, and doing so with a signature partner like Magnolia feels like the perfect conclusion to our long journey,” producer Glen Zipper said in a statement. “I can’t wait for audiences to see it.”

“I’m thrilled Magnolia is bringing the ‘Zappa’ movie to the world,” producer Ahmet Zappa said in a statement. “This emotional journey began with my mother’s belief in Alex Winter and he’s made an extraordinary film. I’m so grateful to the fans who contributed to the Kickstarter campaign. Their support was invaluable as is our partnership with UMG. I feel in my heart Frank and Gail would be so proud of the documentary and I can’t wait for everyone to see it!”

The deal was negotiated by Magnolia EVP Dori Begley and Magnolia SVP of Acquisitions John Von Thaden with CAA Media Finance on behalf of the filmmakers.