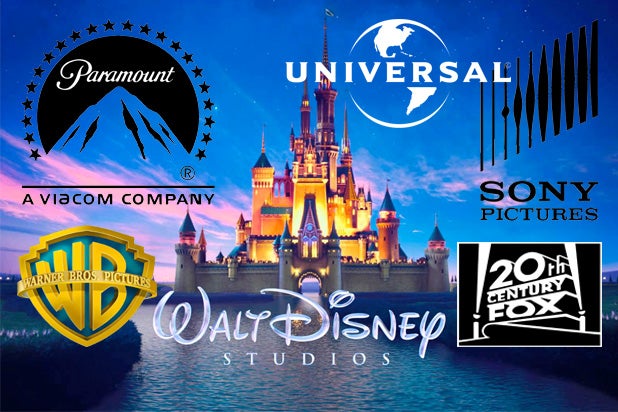 When it comes to film and television, the United States is the world’s unrivaled leader. While other countries may challenge us in making cars, TV sets or computers, when audiences around the world want to see a movie or watch a TV show, they usually choose one made in the USA.

Why? There are multiple reasons, but probably none more important than the fact that filmmakers and television producers in the United States have more freedom to tell their stories than their counterparts anywhere else on the planet. The U.S. government simply cannot censor films because it disagrees with their message. The Supreme Court made that clear when, in a 1952 ruling, it extended First Amendment protection to movies, declaring that “motion pictures are a significant medium for the communication of ideas.”

Today, the biggest threat to artistic freedom in the United States comes not from the heavy hand of government censorship, but instead from individuals, unhappy with the way they are portrayed — or believe they are being portrayed– on the big and small screen. They file lawsuits against studios, writers, and directors — seeking large sums of money and even court orders barring distribution of a motion picture or television program. Though rarely successful, these lawsuits threaten to chill free speech, by discouraging creators from tackling sensitive real-life subjects and diverting energy and resources from the creative process.

To combat such suits, lawmakers in about 30 states, including California, have enacted laws that give those targeted by lawsuits attacking free speech an effective way to fight back. These laws, known as “anti-SLAPP statutes” (SLAPP = “strategic lawsuit against public participation”), give those sued for exercise of their First Amendment rights on public issues a quiver full of legal arrows that help get these meritless lawsuits dismissed relatively quickly and cheaply.

These laws force judges to confront the crucial First Amendment issues early in the lawsuit, before burdensome and expensive discovery (depositions and demands for documents) takes place. In California and other states with strong anti-SLAPP statutes, these laws can be used by any party sued for speaking out, whether a private citizen taking to the podium at a city council meeting, a newspaper exposing corruption, or a movie studio that made and distributed a film about a real person or event.

In a March 3 opinion piece in The Wrap, my friend and former Fox litigator Susan Seager laments this use of anti-SLAPP statutes by large entertainment companies, calling it a “dirty little secret” and claiming that the statute has been “seized by giant media conglomerates to squelch suits.”

But the First Amendment is for everyone — even big movie studios and TV networks. And suits targeting the entertainment industry’s exercise of their First Amendment rights deserve to be “squelched.” As the U.S. Supreme Court has rightly affirmed: “There is no doubt that entertainment, as well as news, enjoys First Amendment protection.” And let’s not forget that some of the biggest First Amendment victories of recent decades — victories that protect us all — were won not by that lone vox clamantis in deserto, but by media companies like the New York Times and even Hustler magazine.

Anti-SLAPP statutes like California’s help make sure that filmmakers can tell their stories as they see fit — and, when they do get sued, prevail without years of onerous and expensive litigation. In recent years, studios and other entertainment companies have often used the California anti-SLAPP statute to defend free speech, and successfully fend off lawsuits.

These included a man who objected to a documentary’s portrayal of his role as accessory to a murder for hire (Gates v. Discovery Communications); a woman who complained about a joke told by Jay Leno on “The Tonight Show” (Drake v. Leno); a reality show contestant who was upset about being called silly names on a radio call-in show (Seelig v. Infinity Broadcasting, in which Ms. Seager represented the successful defendants); and a soldier who claimed that Best Picture winner “The Hurt Locker” was based on his story without his permission (Sarver v. Chartier). (Even The Wrap relies on the California anti-SLAPP statute.)

The lawyers who defend the studios in these kinds of lawsuits believe that the robust free-speech protections we enjoy should not be limited to California and the relatively few other states with strong anti-SLAPP laws. That’s why the studios, through my employer, the MPAA, have been working with state legislators across the country to enact new or improved anti-SLAPP statutes in states where film and TV productions employ thousands of workers.

We are proud of our leading role in helping to get new anti-SLAPP laws passed in Florida in 2015 (with help from Ms. Seager, who testified to the legislature [1:14:45] in support of the bill that extended anti-SLAPP protections to movie studios) and in Georgia last year. We are still hard at work in states like New York, which currently lacks a strong anti-SLAPP statute. (And boy does New York need one. A few weeks ago an appellate court granted a key legal victory to a convicted parental axe-murderer who sued Lifetime over a TV movie it made about him.)

The use of anti-SLAPP statues by media companies is not “dirty” — and it’s not a “secret.” Anti-SLAPP statutes are vital to protecting the First Amendment rights of writers, directors, and the studios that employ them. We at the MPAA are proud of our long history of fighting for filmmakers’ free speech rights. We will continue advocating for strong anti-SLAPP laws that ensure those rights protect us all.

View In Gallery
BIO Ben Sheffner
Ben Sheffner is Vice President, Legal Affairs at the Motion Picture Association of America, Inc., where he advises the association and its member studios on copyright, First Amendment and other legal issues. Ben previously served as an in-house litigator at Twentieth Century Fox and NBC Universal, and was an associate in the Century City office of O’Melveny & Myers LLP. Prior to becoming an attorney, Ben was a journalist in Washington, D.C., where he covered political campaigns for Roll Call and the Cook Political Report.

Ben Sheffner is Vice President, Legal Affairs at the Motion Picture Association of America, Inc., where he advises the association and its member studios on copyright, First Amendment and other legal issues. Ben previously served as an in-house litigator at Twentieth Century Fox and NBC Universal, and was an associate in the Century City office of O’Melveny & Myers LLP. Prior to becoming an attorney, Ben was a journalist in Washington, D.C., where he covered political campaigns for Roll Call and the Cook Political Report.